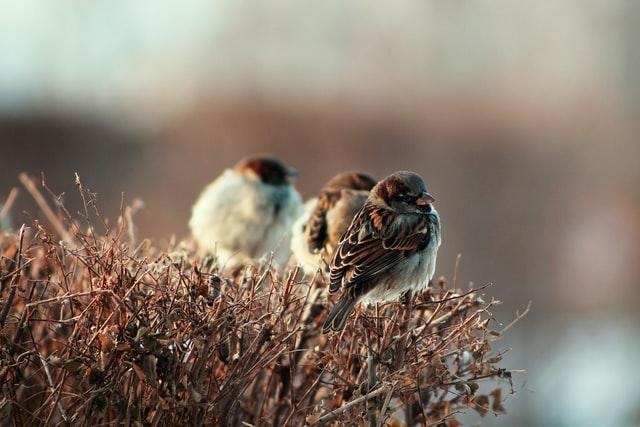 A Love Story: Boaz and Ruth Day 1: Setting the Stage

“Where you go I will go, and where you lodge I will lodge. Your people shall be my people, and your God my God. Where you die I will die, and there will I be buried. May the Lord do so to me and more also if anything but death parts me from you. (Ruth 1:16-17, ESV)

Are not five sparrows sold for two pennies? And not one of them is forgotten before God. Why, even the hairs of your head are all numbered. Fear not; you are of more value than many sparrows. (Luke 12:6-8, ESV)

Have you ever gone through something in your life and clearly recognized the hand of God each step of the way? Sometimes we’re able to see that; other times, it’s only in retrospect that we understand His care over the details of our lives. Either way, the truth remains: our God is always sovereign and is involved in every single detail of our lives. The story of Ruth is one of many in the Bible that show just how clearly God works in the circumstances of our lives. Ruth’s story, as most would know it, is about her finding Boaz—the man who loved her, chose her, and ultimately redeemed her. More than that, though, it’s a story of God’s powerful and intricate hand in her life, beginning before she ever met Boaz.

The book of Ruth begins by telling us about her father-in-law, Elimelech. He and his family moved from Bethlehem to Moab because of a famine. Unfortunately, we read that he died, leaving his wife, Naomi, with their two sons. They both married Moabite women; one was named Orpah, and the other is the center of the story: Ruth. However, around ten years later, Naomi’s sons also died (Ruth 1:1-5).

After all these events, Naomi decided to move back to Bethlehem because she heard that God was visiting His people there. At this point in the story, we begin to see Naomi’s character unfold. She was choosing to leave a foreign place to go back to where God was blessing and providing for His people (1:6-7). Naomi prayed for God’s kindness toward her two daughters-in-law, and so that they would not feel obligated to return with her, encouraged them to stay behind with their families. Orpah chose to stay, but Ruth chose to go with Naomi. In this decision, Ruth’s character also begins to unfold. Based on her words in the verse above, we understand that she chose selfless devotion to Naomi and, more importantly, to God. It’s very likely this was because Naomi’s devotion to God had a significant impact on her (1:8-18).

With these events, the stage was set for Ruth’s story. There are so many details that God arranged in order that Ruth might eventually meet Boaz, the first of which was the decision of Naomi’s family to move to Moab. While this may not have been a decision that pleased God, as they moved away from the place where He was with His people, He still allowed good to come from it. Had Naomi’s family never moved there, Ruth never would have married into their family. Additionally, Elimelech and his sons died. This was obviously a genuine hardship for Naomi, which she expressed several times (vv. 13,21). But even in this, God worked. After the death of her family, Naomi realized the need to return to Bethlehem. This opened the way for Ruth to choose to go there with her—to choose devotion to God.

It’s important to recognize the detail of Naomi’s faithfulness to God, as she chose to go back to where He was. As the wife of Elimelech (and therefore not the head of her family), she may or may not have been a part of the decision to move to Moab; regardless, she unhesitatingly chose to go back to the place where God was as soon as the opportunity came. Through this, God brought both Naomi and Ruth to the place where Boaz lived. He was able to work in all of this because of Naomi’s desire to choose Him—a devotion that Ruth emulated.

Just as it was for Naomi and Ruth, God’s hand is so intricately involved in each of our lives. Even when we don’t immediately recognize it, we can have full confidence to trust and surrender to Him. In times of testing and change, the devotion and loyalty of these two women was put on display. They chose God, and they chose to care for each other. Does my life look the same? Do I choose the things of God? I pray your heart will be challenged by these questions too. But more than Naomi and Ruth, we have the example of the Lord Jesus, who, as the verses above describe, always pleased the Father and worked to accomplish His will—even to the extent of His death on the cross. I pray we will seek to emulate that devotion as we recognize God’s care over every detail of our lives.

What Do You Want To Be? 4: Be Connected

Learning to Be Compassionate People 5: Jesus, Our Ultimate Example