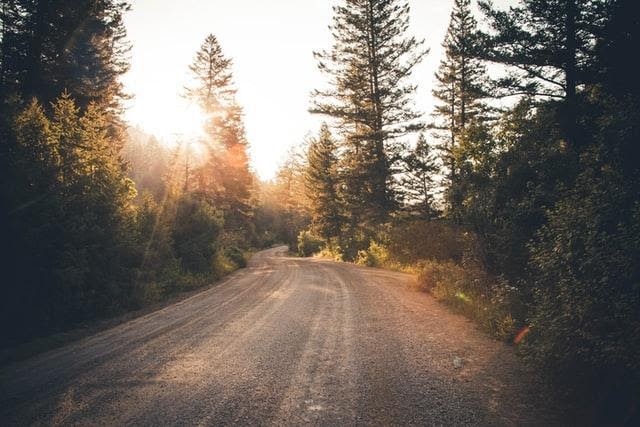 A Love Story: Boaz and Ruth Day 2: A New Home

Be strong and courageous. Do not fear or be in dread of them, for it is the LORD your God who goes with you. He will not leave you or forsake you. (Deuteronomy 31: 6, ESV)

For we are his workmanship, created in Christ Jesus for good works, which God prepared beforehand, that we should walk in them. (Ephesians 2:10, ESV)

If you’re like me, you may live in a place that you never thought you would. Growing up, I always wondered if I’d marry someone from a different state and move there, but it never really struck me as a reality until it happened. So many people move to different places throughout their lives, sometimes far, sometimes only to a different house in the same town. But just as we saw on Day 1 of this study, we can be sure that wherever God takes us, He is sovereign, and He cares. By the end of the story, we are sure that Ruth learned those very two things about God.

Her story takes her from her home in Moab to Bethlehem, the place where Boaz lived. If it weren’t for how the Lord orchestrated the details of her life (and Naomi’s), it’s very likely Ruth never would have found herself in Bethlehem—but God saw to it that she did. For Naomi, this likely wouldn’t have been as hard of a transition, as she’d lived in Bethlehem before, and her motivation to return was because of the Lord’s blessing on His people. Ruth, however, may not have had such an easy adjustment. As far as we can tell from the Bible, she’d lived in Moab all her life. Not only was she moving to a new place with only her mother-in-law, but it was a place that was much different than her home. But Naomi’s faith in God was such that Ruth understood that she, too, could trust Him. God’s faithfulness to Ruth as she navigated this change is a reminder that He will do the same in our lives; He is the same now as He was then, and He is always faithful.

The two women went to their new home together, not knowing just what a beautiful future God had planned for them. Not only did Naomi and Ruth find a new home in Bethlehem, but they also came at the beginning of barley harvest (1:22). This was important because Boaz owned and managed part of a field during harvest, which is how Ruth eventually met him, as she “happened to come to the part of the field belonging to Boaz, who was of the clan of Elimelech” (2:3). This, as we know, was of no coincidence; it was only evidence that God was working to bring Ruth to Boaz.

So Ruth and Naomi made Bethlehem their new home together, and again we see Ruth’s character develop as her story unfolds: she began to work to help provide for her mother-in-law. Ruth chose to be productive and useful with her time and abilities in the new place to which God brought her. Even before she met Boaz, the Lord was making Ruth into a woman of virtue and service. This is an example to us, especially in seasons of change or waiting; when we are useful for the Lord, He will work in us for our good and His glory. He will continue to show His sovereignty over the details of our lives as we surrender to His good purposes. As Ruth came to their new home, that is exactly what happened.