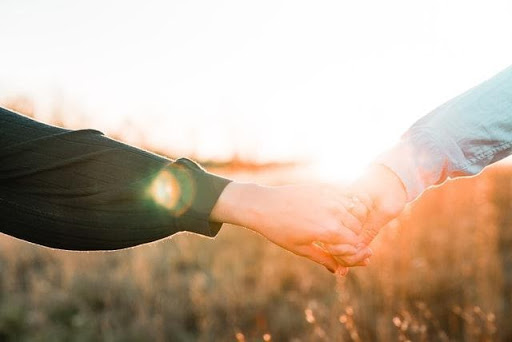 For there is no distinction: for all have sinned and fall short of the glory of God, and are justified by his grace as a gift, through the redemption that is in Christ Jesus, whom God put forward as a propitiation by his blood, to be received by faith. (Romans 3:22-25, ESV)

In him we have redemption through his blood, the forgiveness of our trespasses, according to the riches of his grace, which he lavished upon us, in all wisdom and insight making known to us the mystery of his will, according to his purpose, which he set forth in Christ as a plan for the fullness of time, to unite all things in him, things in heaven and things on earth. (Ephesians 1:7-10, ESV)

It’s in the next part of Ruth’s story that we see the many details that God established come to fruition. As soon as Naomi learned that Boaz was the man in whose fields Ruth was working, she realized that he was a relative of Elimelech—he was able to be their redeemer.

Naomi kindly expressed that she wanted Ruth to find rest for herself after all she had been through, so she instructed her to go to Boaz so he would know of their desire for redemption (3:1-5). It’s important to notice the heart of both Ruth and Naomi in this situation, as in others. Had Naomi not been someone Ruth trusted and willingly followed, Ruth may not have heeded her instruction. And if Ruth’s heart hadn’t been one of willingness and submission, her redemption may never have happened. When God works in the circumstances of our lives, even when it involves big changes, we should seek to have attitudes like these women, with hearts of willingness, service, and devotion to our God.

Following Naomi’s instruction, Ruth went to where Boaz was after he’d eaten and drunk and had lain down; she uncovered his feet and lay beside them: “At midnight the man [Boaz] was startled and turned over, and behold, a woman lay at his feet! He said, ‘Who are you?’ And she answered, ‘I am Ruth, your servant. Spread your wings over your servant, for you are a redeemer.’ And he said, ‘May you be blessed by the LORD, my daughter. You have made this last kindness greater than the first in that you have not gone after young men, whether poor or rich. And now, my daughter, do not fear. I will do for you all that you ask, for all my fellow townsmen know that you are a worthy woman’” (3:8-11). As these verses explain, Ruth expressed her desire for redemption, and Boaz responded in a loving and God-honoring way. Just like Ruth and Naomi, his character continued to be put on display through his actions. And it was, at least in part, because of who Ruth had shown herself to be that he willingly accepted her request. We must never underestimate the impact it can have when we allow God to mold us into who He wants us to be.

Boaz, however, had to explain to Ruth that there was a nearer redeemer (someone who was more closely related to Elimelech). But he promised Ruth that if that man was not willing to redeem her, then he would.  Boaz allowed Ruth to lie in safety until the morning, and then he provided her with six measures of barley so she would not return to Naomi empty-handed (3:14-18). His generosity and kindness to Ruth was consistent and a clear representation of his love for God and for her.

That day, Boaz went to the city gate to wait for the other redeemer. When he came by, Boaz called him aside to discuss the situation of redeeming Ruth. Boaz told him, along with the elders of the city, about the land that Naomi was selling. Initially, the man said he would redeem the land, but when Boaz explained the rest of the situation, the man changed his mind: “Boaz said, ‘The day you buy the field from the hand of Naomi, you also acquire Ruth the Moabite, the widow of the dead, in order to perpetuate the name of the dead in his inheritance.’ Then the redeemer said, ‘I cannot redeem it for myself, lest I impair my own inheritance. Take my right of redemption yourself, for I cannot redeem it’” (4:5-6). So they finalized the transaction in the presence of the elders of the city: “Then all the people who were at the gate and the elders said, ‘We are witnesses. May the LORD make the woman, who is coming into your house, like Rachel and Leah, who together built up the house of Israel. May you act worthily in Ephrathah and be renowned in Bethlehem, and may your house be like the house of Perez … because of the offspring the LORD will give you by this young woman’” (4:11-12).

Following all these events, Boaz and Ruth were married, just as Naomi had hoped for and as Boaz had promised. And Boaz again pictures the Lord Jesus, as he lovingly and selflessly secured Ruth’s redemption. Nearly every detail that God set into place came to fruition as Ruth was redeemed. He showed Himself to her as the faithful, kind, and loving God that He is. What Ruth and Boaz didn’t know is just who would come into the world through their lineage because God brought them together: our Redeemer, the Lord Jesus.