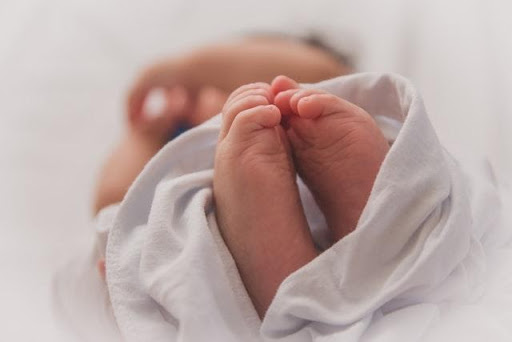 A Love Story: Boaz and Ruth Day 5: A Legacy

He has delivered us from the domain of darkness and transferred us to the kingdom of his beloved Son, in whom we have redemption, the forgiveness of sins. (Colossians 1:13-14, ESV)

And because of him you are in Christ Jesus, who became to us wisdom from God, righteousness and sanctification and redemption (1 Corinthians 1:30, ESV)

Ruth: a foreigner and widow whose life had been turned upside down, redeemed by the man who showed her kindness, generosity, and protection. Whether she and Boaz realized it or not, their story—and all of God’s favor toward them—didn’t end once they were gone. After Boaz and Ruth were married, we read: “The LORD gave her conception, and she bore a son. Then the women said to Naomi, ‘Blessed be the LORD, who has not left you this day without a redeemer, and may his name be renowned in Israel! He shall be to you a restorer of life and a nourisher of your old age, for your daughter-in-law who loves you, who is more to you than seven sons, has given birth to him” (4:13-15).

First, God gave Ruth and Boaz a son, and even just in that, we see His kindness toward them. Ruth lost her husband, left her home, and had begun working to help provide for her mother-in-law, but through all of that, God worked miraculously in her life. He brought her to Boaz, who was able to redeem her and preserve the lineage of Elimelech. No wonder the women, and likely Naomi too, praised God like they did; they understood He was the One who redeems, restores, nourishes, and gives life. How great is our God!

And not only were Ruth and Boaz given a son, but a son who would be a part of a very important lineage; his name was Obed. Obed was the father of Jesse, and Jesse was the father of David, the well-known king of Israel who was described as a man after God’s own heart. And we know from the Bible that nearly a thousand years after David, the Lord Jesus was born into this lineage.

This legacy that God established doesn’t begin with Ruth and Boaz’s son, but with them: the people in whom He worked from the very beginning. From the start of the story, God was magnified through them. Naomi sought Him, Ruth was devoted to Him as she witnessed the devotion of her mother-in-law, Boaz honored Him in all that he did, and each of them played a part in Ruth’s redemption, which served as a picture of a far more important redemption. Most of all, theirs was a legacy so much greater than anything human hands could have established; it was part of God’s plan to prepare the world for the coming of our Redeemer, the Lord Jesus.

At the end of it all, we see many details of God’s beautiful plan of redemption unfold in this story. It’s even displayed in the fact that Ruth, a Gentile, was redeemed—a beautiful reminder that God’s redemption is full and perfect. He always intended to redeem all people to Himself, and He accomplished this through His Son, who was born into the lineage of Ruth and Boaz.

This is a love story between Ruth and Boaz, but maybe more than that, it’s a picture of the most important love story: God giving His Son for us. We are sinners who have been purchased, by Jesus’ blood, out of sin and into eternal and abundant life. As we think about Ruth and Boaz, and the story God wrote for them, may we be encouraged and changed by everything we’ve been given in Christ.

Suicide Risk in the Christian Church 2: The Stigma of Suicide

Suicide Risk in the Christian Church 5: Attacking the Problem Broadly