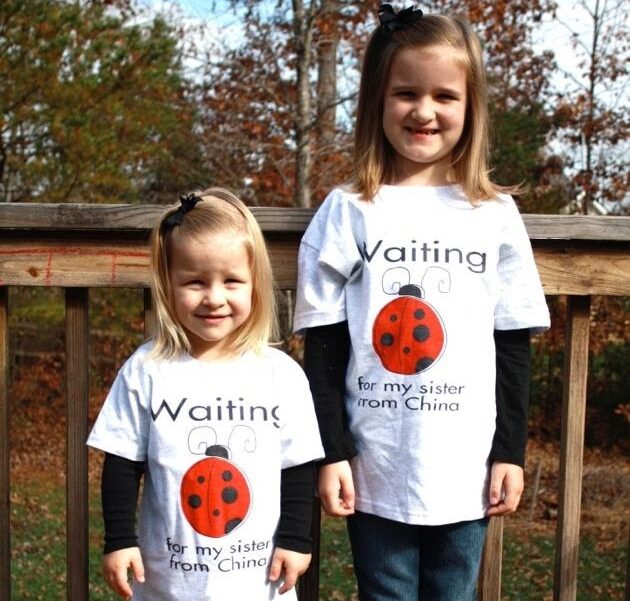 “But they who wait for the Lord shall renew their strength; they shall mount up with wings like eagles; they shall run and not be weary; they shall walk and not faint” (Isaiah 40:31, ESV).

The now disbanded House of Heroes released a music video in June 2011, just as we were deep in the paperwork process for adoption. The song was “So Far Away,” and it detailed their lengthy journey from unknown garage band buddies to playing in an arena before thousands of screaming fans. The chorus includes this line, which was timely for Cindy and me: “What if I told you we were so far away?/What if I told you, would you go with me anyway?/What if I told you we were so far, so far away?” The point for them was that the journey was worth the destination. I immediately showed Cindy the video, and it became a bit of a theme song for us in that season we’ll call the waiting game. We were well aware that we were so far away, both in time and distance, but we were in it for the long haul.

The time between the application and holding our daughter was a period of about 16 months—a long 16 months filled with waiting, paperwork, anticipation, frustrations, delays, and so on. When I was given in March 2011 a link from the adoption agency to the “red book” filled with all the instructions we would need, I nearly fainted when I hit “print.” It was, literally, a few hundred pages. From there, I had to try to make sense of it all. I made a color-coded binder and put everything in order. That momentary sense of accomplishment was dashed as I started reading through it all. How in the world are we going to do this? It was a daunting mountain, to be sure. Thankfully, we had the good folks at Holt and our more local agency to help us over all the hurdles.

There was so much to do and so many appointments to keep. We needed to attend adoption training. We needed to get a home study done. We needed to get fingerprinted by the federal government. We needed to collect a trillion documents, at least: original birth certificates, wedding certificate, passports, and on the list went. I was sending FedEx mailers out all the time to get documents sent back to us. And once all the paperwork was done, it all had to be submitted to the agency for approval…and then to the US government for approval…and then to China for approval. Each step along the way was another accomplishment, but packed with waiting. When you struggle with patience in the first place, this process can be mind-blowing (and not in a good way!).

For the majority of this waiting game (9 of the 16 months), we were working towards an unseen goal. We had no idea what our daughter would look like nor knew anything about her. We were plugging away, devoting a large amount of our time to her, all the while raising our two biological girls. It was a bit of a stressful time. Will we get the paperwork done right? Will we hit all the deadlines? It was a time where “spiritual fainting” and weariness was all too easy. It was too simple to fall back onto my own capabilities and forget to “wait on the Lord.” As we look back at how everything fell into place, it’s easy to trace His handiwork. But in the middle of it, fainting and weariness seemed like the better option many times—when paperwork wasn’t approved or processed in a timely fashion (according to my clock); when things weren’t making sense (according to my little brain). I often found myself needing that renewal of strength from the Lord. I needed to walk; I needed to run; I needed to fly. But to do so, I needed to wait on the Lord.

The waiting game took on new meaning in December 2011, which we’ll talk about tomorrow. After that, since we now had a face and a name to press towards, the waiting became even more excruciating. When you go from the end goal as sort of a concept to the end goal as your actual daughter, life becomes a little odd. Living in the US with two daughters, separated from the littlest and newest daughter by thousands of miles, weighs on your mind and soul. More waiting needed, and more waiting on the Lord required. Waiting on Him will always be the best course of action, a reminder I needed then, just as I do now.

A Resurrected Marriage Story 7: Us