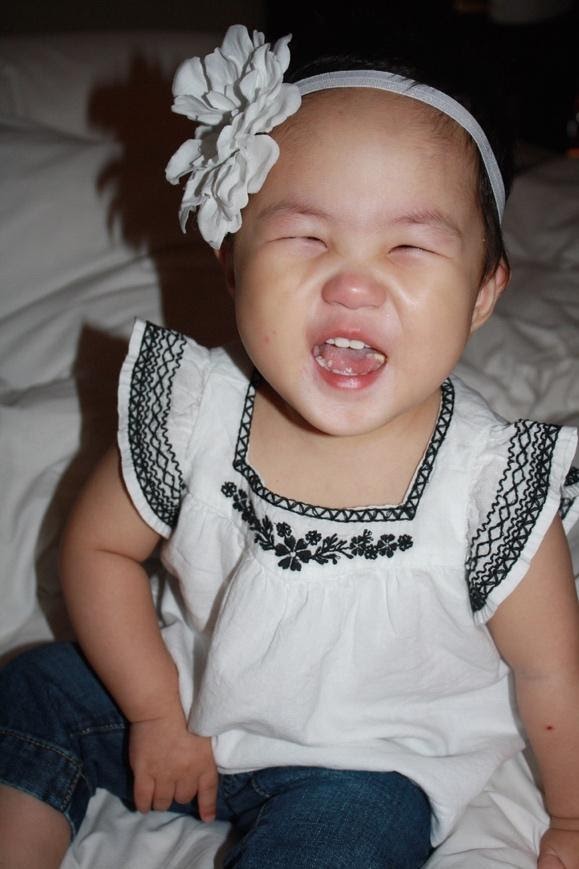 “Trust in the LORD with all your heart, and do not lean on your own understanding” (Proverbs 3:5, ESV).

Managing expectations. As we visualized our appointment at the Civil Affairs Office, we had to. We realized Lacey wouldn’t run into our arms crying “Mommy, Daddy!” The “Chariots of Fire” theme wasn’t going to play. As we looked into her crib at the hotel for the last time and prayed one last time, my head was swimming. It was a confusing blend of top-shelf excitement and terror. This was what 16 months had led to. How would it pan out?

We sat and waited, eventually hearing the sounds of activity in the hallway. Along with two other children, Lacey was brought in. It was an unbelievable moment. For the first time, I laid my eyes on something other than a picture! As happy as I was to see her, she wasn’t thrilled to see us! Understandably, she was confused, upset, and sad. As I held her and tried to calm her cries, she wasn’t making eye contact with me. She was looking for the caretaker that brought her. It was yet another new beginning for Ya Yu—so new that she was given a new name: Lacey. I wish I had appreciated that more back then. Since her birth, this was probably her fourth time starting over.

Afterwards, we had a few stops before getting back to the hotel. Along the way, I tasted my first shrimp chip, shoved into my mouth by Lacey. We were all experiencing “firsts.” First hugs, first kisses, and first cries. Bonding was taking place with bath time, play time, and meal time. The girl we had known from a distance for seven months was finally in our arms. But it wasn’t without its challenges. Communication wasn’t easy, and we hadn’t earned her respect. Asking her to do something wasn’t going to be met with immediate compliance. She had a tough time sleeping, which meant we did as well. The food that tasted delicious wasn’t gastronomically friendly. I missed the rest of our family. It was all playing against me. Sadly, as I look back at the two weeks in China, I didn’t enjoy and drink it in nearly as much as I should have.

These two weeks were packed with experiences. Traveling to Lacey’s finding spot. The zoo in Changchun where two girls took pictures of Cindy, thinking she was a model (which, of course, she is). They had never seen a blonde, blue-eyed woman in person! Trying in vain to get used to everyone staring at us. The 1000-hour trip from Changchun to Guangzhou (the horrors). Bargaining for pearl necklaces. Buying a replica Omega watch that broke six months later (I deserved that). Finding Starbucks. Nervously watching Typhoon #8 approach us. Gobs of excellent food. Near-death experiences trying to cross the road. And nestled between them all? Smiles, laughs, giggles, naps, and cries, as our new beginning started to take shape. In some ways, it was almost like a honeymoon. We were at gorgeous hotels, eating luxurious meals, and didn’t have to worry about work. But we weren’t foolish. All the while, we knew what was coming. New beginnings never come without bumps in the road, and they were headed our way.

We had just endured a terrible train trip from Guangzhou to Hong Kong and were sitting in the hotel. The next day was the trip home. How could we survive 15.5 hours on a plane when we could barely last two hours on a train? Cindy went to the lobby to communicate with family and friends back home, and they promised to pray harder. If “2020 Daniel” could talk to “2012 Daniel,” he would quote Proverbs 3:5. A new beginning was an opportunity to place my trust where it should have been all along. Afraid of the trip home? Trust Him. Unsure how everything is going to go back home? Trust Him. I can’t understand why it’s so hard to trust Him sometimes, even when I’ve trusted Him with my eternal soul! If we can trust Him with the greatest of all problems, we can surely trust Him with everything else. It’s something I wish I had been more in touch with as we stepped onto the plane to head back to Newark. Instead, I was a bundle of nerves. And for no reason. The flight was relatively easy. Even a four-hour delay in the Newark to Charlotte flight was no match for the Lord, as we were “magically” given the last two standby seats on the next flight out. He worked through it all. Our new beginning was upon us. As we landed in Charlotte, I whispered into Lacey’s ear, “You’re home, sweetie.” Finally. Our family was moments away from being whole.

A Resurrected Marriage Story 5: But God