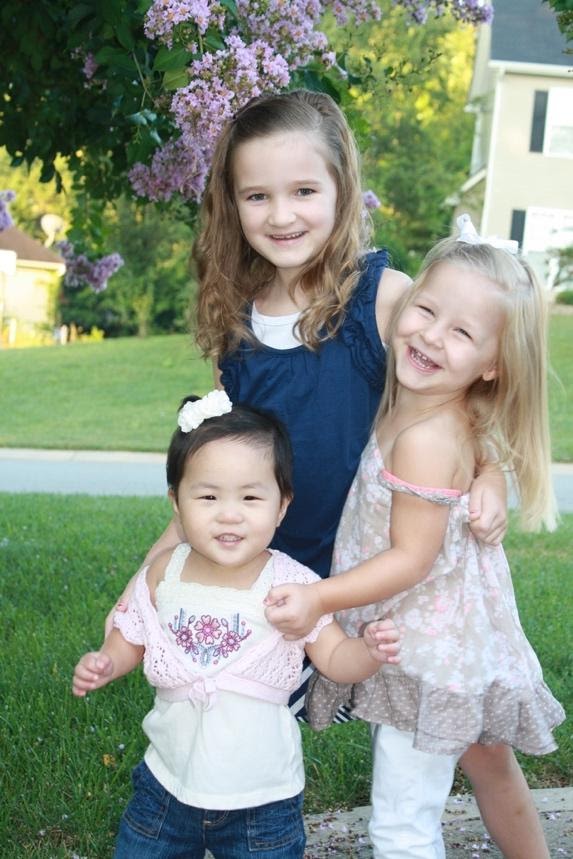 “Bear one another’s burdens, and so fulfill the law of Christ” (Galatians 6:2, ESV).

Nothing could have prepared me for the escalator ride. With Lacey in my arms and Cindy at my side, down we rode. First, I saw my nephew, Andrew, and one of our friends, Beth. Then I saw everyone, and they erupted in cheers. Then I saw Lexi and Ava, and it was over. All the stress and tension let loose in a flood of tears as our family of five held each other. I never wanted to let go! Lacey thought we were crazy, though. It was so easy to forget that she was meeting people for the first time. I couldn’t believe all the people that were there! Our parents, most of our siblings, nieces, nephews, and a horde of friends from church. Each person I saw basically made me cry again. I was an emotional wreck! Eventually, we got everything together, and I drove a car for the first time in a few weeks. We pulled into the driveway, and it was such a feeling of elation being home. We brought Lacey in, and she was again introduced to something new. But this was different. No more foster family; no more orphanage; no more hotels; no more planes, busses, and trains. She was home and she had a family. And while the first step of the journey was over, we were really just beginning the journey of the rest of our lives together.

We had no idea the significant burden the next several weeks would bring. We were thankful for family and friends who helped us. Cindy’s parents and siblings stayed for several days afterwards. I cannot stress how much it meant to us to see Galatians 6:2 in action! The burden that would have been too great was borne by many in those early days. We were shown the love of Christ, for sure. Our most significant issue was sleep. Jetlag is real, and it smacked me in the teeth. But try explaining jetlag to a 16-month-old baby! At 2:00am, it was 2:00pm to her body, and she had no interest in sleeping. She was generally up all night the first week, and my in-laws took turns sitting with her while we slept. Such grace! But eventually, we had to act like grown-ups and watch as they went back home to Ohio. It was time to adjust to the new normal.

It was absolutely not all sunshine and roses. We had the significant sleep issue, which Lacey had a hard time with. She never wanted to be left in her bedroom alone, and we had to play a game of sitting with her until she fell asleep and slowly walk out of the room. Of course, the floorboards were all “it’s been awhile, maybe it’s time for a loud CREAK!” She would wake up and cry all over again. After a few months, she got used to it. She had a stubborn and strong will, and it was difficult to know how to handle things the right way. But one thing that wasn’t an issue was affection toward us. She loved attention, hugs, and kisses from us! She was a huge fan of her sisters, and vice versa (sibling bickering notwithstanding). She loved Bojangles, Chick-fil-A, and being with family & friends. She was much quieter outside of the home, but then the hyperactive Lacey would come to life when it was just the five of us. But overall, we were settling into this new normal.

Before we adopted Lacey, I will shamefully admit that I had gotten too independent. I believed I had this parenting thing figured out, and maybe wondered why nobody else seemed to have it together like I did. I’m thinking this is part of why God brought us together with Lacey. This may sound harsh, but adoption isn’t easy. There are so many emotions involved, and I was tested in ways I had never been tested before. I had to constantly deal with the battles between doubt, fear, joy, elation, anger, bitterness, confusion, love, and frustration. But what shone through it more than anything was my need for dependence on the Lord. I wasn’t going to be able to coast through life! My need for prayer, devotion, and dependence on Him were brought to the forefront. I couldn’t do this alone! I was reminded of this often by life experiences and by my wife. She has always been my burden bearer (and for others, too). I couldn’t have imagined this journey without her. So maybe I’ll close this devotion with a challenge for all of us. Be a burden bearer. Help others bear burdens that sometimes feel too great. Not only will they be better for it, but so will you.

Tools to Thrive as a Man of God 1: Purpose

Trusting God with a Sick Child