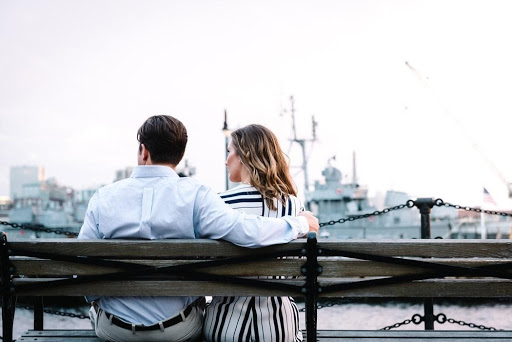 Boys to Men Day 2: The Challenge of Culture

“For if anyone thinks he is something, when he is nothing, he deceives himself.” (Galatians 6:3, ESV)

I’m not sure why, but young men generally seem to believe that acting like an idiot will immediately make the girl of their dreams fall in love with them. In fact, if you ridicule and make fun of them, start planning the wedding. I remember my sister Ruth giving me some advice as a teenager. She said that constantly making fun of her in front of her friends only made them say, “Your little brother is a jerk!” I thought I was slaying them with my razor-sharp wit, but they were not impressed! The putdowns, the jokes at their expense, and so on are really just displays of human pride. A teenage boy is trying to out-maneuver the other boys, and trying to prove that he’s “The Man!”

There is a better way, though. Before it was frowned upon by the PC culture, the idea of being a gentleman was a desirable trait. And it still should be, even though society has tried to chip away at it for decades. It’s a shame how culture has worn us down. I recall a time in high school when I held the door open for a girl. She scolded me by saying, “I can open the door myself!” Sad that a simple task like that could evoke any sort of negative reaction. Her reaction made no difference to me, though. I still stand by the idea of being a gentleman. In movies, you’ll see a man stand when a woman leaves the dinner table at a restaurant. You’ll see the man open the car door, or pull out a chair for a woman at the restaurant. His elbows are kept off the dinner table. He takes off his hat indoors. Perhaps a young man might think he could never measure up. There are entire books written on it, so don’t stress out trying to get it all straight!

There are some basic things that will go a long way toward being considered a gentleman, even if culture tells you to stop. For the most part, they link back to Paul’s words in Galatians 6, involving thinking of someone else first. Hold the door open for the girl you’re with (or any woman). Address people properly. When you are a young man, someone who is significantly older shouldn’t be addressed as “John” or “Jane.” Try “Mr.” or “Mrs.” and let them tell you to address them otherwise. Call your relatives Aunt or Uncle. Call your parents Mom and Dad. Consider times when it might be proper to say “sir” or “ma’am,” too. Make eye contact with people. Ignore the phone and focus on them. Train yourself to say “please” and “thank you,” understanding we aren’t owed anything nor should we take anything for granted. Greet people properly. Learn how to shake hands in such a way that the other person feels you are pleased to see them. Dress well. Speak up instead of mumbling. These are just a few suggestions, and there are many more that could be added.

Finally, one of the main things to being a gentleman has to do with our speech. A true gentleman will understand the premise of Galatians 6:3. When I converse with others, what do I talk about? Do I endlessly brag about myself and my accomplishments? Do I build myself up? If you’ve been on the “listening end” of that conversation, you know how bad it is. A gentleman will push the focus away from himself, and allow others to speak highly of him. A gentleman will build others up. Are you a young man interested in a young woman? Speak highly of her. There are other considerations, of course, but speak well of her. Compliment her. If you find yourself in a conversation with her, find out about her and let her ask about you. If she’s interested in you, she’ll ask. Put her first. If she becomes more than “a girl you’re interested in,” it’s a lesson that hopefully you carry forward in your life. Culture may try to dictate otherwise, but the Bible tells us to put others first. I would always rather obey the Bible than listen to random ramblings of people with no respect for the Lord. Put others first, just as Jesus did. Read through His life, and you’ll see a Man who constantly took the backseat and the side stage. He put others first, especially when He gave Himself for me. Let’s learn from Him, and consider others before ourselves. It’s the call of a true gentleman!

The Impact of Jesus on Seven Men 1: John the Baptist

Testimony in the Workplace 5: Who’s the Boss?