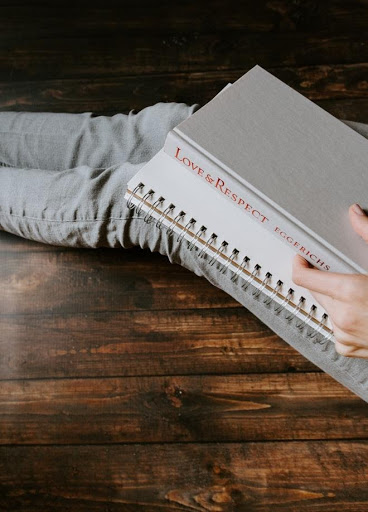 Boys to Men Day 4: The Challenge of Respect

“Do not rebuke an older man but encourage him as you would a father, younger men as brothers, older women as mothers, younger women as sisters, in all purity.” (1 Timothy 5:1-2, ESV)

One serious issue that has bubbled to the surface in recent years is the total lack of respect people have for others. Whether it is a difference of opinion, a political affiliation, or a spiritual conviction, respect for others seems to be a bit of a lost art. As I sit writing this devotion, I remember my first date a few weeks shy of 20 years ago. How the world has changed since I first sat across the table from the woman I would eventually marry! I think back to how I tried to interact with her, and wonder how well it would translate to the 2021 dating scene. It’s tough to imagine! She agreed to go out with me, and I wanted to do my very best to intrigue her, make her laugh, let her see the real me, and win her over. As the first date turned into the second, and the days turned to months, I became increasingly aware that I had to be in tune with the need to respect her.

When you are dating a woman, respect isn’t optional. It’s an absolute necessity. I like the way Paul looks at relationships with “younger women.” It isn’t meant to be said in a creepy way, but he says to consider them as you would your sister. When I think of my sisters (even when I was younger), I certainly didn’t share their same opinions. We had different convictions. They had boundaries (“Don’t come into my room!”). They had different emotions. But even if I annoyed them, they were my sisters and I would have faced down anyone that dared harm them. Furthermore, I respected them. In many ways, this is the same type of journey you embark upon as a relationship deepens. As Paul noted, our spiritual sisters are due the respect we show our natural sisters. So how does that look? Again, you may be thinking I’ve lost my mind, but I hope you’ll see what I mean.

First, respect her opinions. If you’re on a date, or you’re conversing with your girlfriend, a difference of opinion is unavoidable. It could be as simple as a sports team or as complex as a biblical interpretation. What do you do about it? Do you lambast her foolish way of thinking? I hope not! It’s a quick way to sever a relationship. As long as it’s just an opinion (and not a scriptural non-negotiable item), who cares? Maybe you can laugh about it and note that opposites attract! It’s impossible to agree on everything.

Respect her convictions. She may interpret Scripture in a different way from you. Talk through it, and don’t try to force her to change. That’s never a good idea, because forced change won’t last anyway. And hey, maybe her stronger convictions will lead to some self-examination for both of you! Is that a bad thing?

Respect her boundaries. The two of you need to discuss and agree upon physical boundaries, which must be within the context of what is scripturally proper. And when you do, take it seriously. If you want the relationship to deepen and grow, you need to respect her in this area.

Finally, respect her emotions. This comes even more into play the deeper your relationship grows. Eventually, you’ll know how to make her laugh, fume, roll her eyes, and even cry. Don’t play with her emotions. Not only is it wrong, but it could be devastating. It could harm her mentally, and could lead to the end of your relationship. And even if that’s your goal (ending things), never lose the respect you have for her. The world may encourage you to end things poorly, such as ridiculing her, shaming her, and making yourself look good. Is that giving her the respect she, as a fellow-believer, deserves? Then you have your answer. Don’t do it.

It’s a little sad that articles like this even have to be written. If we as men had more common decency and sense, respect for women would come naturally. They are worthy of it, and they are worth it. Maybe someday you’ll be on the other side, reminiscing on that first date 20 years ago. I can absolutely assure you—she has been far more than just worth it.

Testimony in the Workplace 4: Being Neighborly

Testimony in the Workplace

Adoption – A Father’s Perspective Boys to Men Calm My Anxious Heart Lord Christmas Character Study Counseling Through Anxiety Finding My Way Through New Beginnings Hospitality is From the Heart James: A Slave of Christ Living for Christ as a Youth Names of God Personal Evangelism Plans Hopes and Dreams for 2021 Suicide Risk in the Christian Church Tame It! Testimony in the Workplace Testimony of Salvation The Christ of Christmas The Joy of Church Connection for Young Believers Thoughts on Psalm 23 Trusting God with a Sick Child