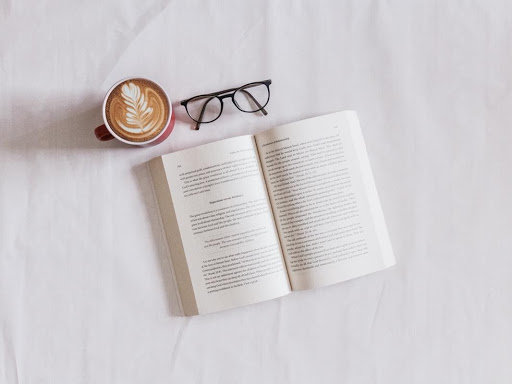 Day 1 of The Characters of Christmas

When I think of Mary of Nazareth, my mind immediately goes to the passage in Luke 2, the story of Jesus’ birth and how He was laid in a manger. This is my favorite passage to read at Christmastime, reminding me why we celebrate the wonderful holiday in the first place.

Yet the older I become, the more I appreciate the very beginning of the story, when Mary was visited by an angel in Luke 1. At that time, she was engaged to Joseph. We don’t have an exact record of how she was spending her time, but I’m sure she was thinking of the wedding and the preparations that would go into it. Maybe she was thinking about the life she and Joseph would have together. I’m certain she had no idea that all her plans were about to change with a message from an angel!

When the angel appeared to Mary, she was surprised and afraid at his presence, yet he offered comfort in his words to her: “Do not be afraid, Mary, for you have found favor with God” (v.30). Some may wonder why Mary was chosen to bring the very Son of God into this world. I think the answer can be seen in what she says to the angel in verse 38. After asking him how she would give birth as a virgin, the angel explained that this would be done through the Holy Spirit, and reminded her that all things are possible with God. Mary responded, “Behold, I am the servant of the Lord; let it be to me according to your word.”

Instead of voicing any concerns, her powerful response pointed to a heart of obedience. She didn’t complain that she was worried about what others might think and what people might whisper as she walked by—“Oh, there goes Mary. Did you hear about the ridiculous lie she’s made up to cover up the fact that she got herself pregnant?” On top of what other people might say, I’m sure there was a level of worry of what Joseph might do when he heard the news. He could’ve thought she had been unfaithful and left her because of it. Mary may have felt these concerns, but in this moment before the angel, she chose to voice her willingness to be a servant. She knew God’s plans were for her good and that He would be faithful no matter what.

We aren’t told that Mary was wealthy, that she came from royalty, or even that she was well known in Nazareth. The King of kings wouldn’t be born in a palace surrounded by nurses and comfort; He would be born to someone who called herself a servant. That might not seem like much in the world’s eyes, but God found favor in this. Mary was pure, obedient, and had faith in the promises of God. She was not perfect, but God prepared her heart to deliver the greatest gift this world would ever receive.

God knew that Mary would respond in obedience and be faithful in the task given to her. Could these same words be used to describe me—obedient and faithful to His will? These are things that I should aspire to be, but oftentimes I find myself working toward things that don’t have eternal worth—focusing on my job, impressing people around me, and trying to fit in. Not all these things are necessarily bad, but they pale in comparison to the importance of being faithful to God.

Obedience is never promised to be easy in the Bible. Mary’s obedience in giving birth to the Savior of the world wasn’t easy. She had to withstand the gossip of family, friends and strangers. Years later, she would see her own son rejected by many in this world to the point of being crucified on a cross. I just love that obedience was her first response. It wasn’t something that came to her days or months after receiving the news; it was almost immediate. May my heart be obedient like Mary’s.

During this Christmas season, when you read Mary’s story or even watch a play with the nativity scene, I hope you will think of her obedience and how important it is to offer our lives in service to God. As Christians, we have been redeemed and bought with His blood. The very least we can do is serve Him with the resources He has given us. May we all learn from Mary and have hearts dedicated to service so He can use us as part of His perfect plan.