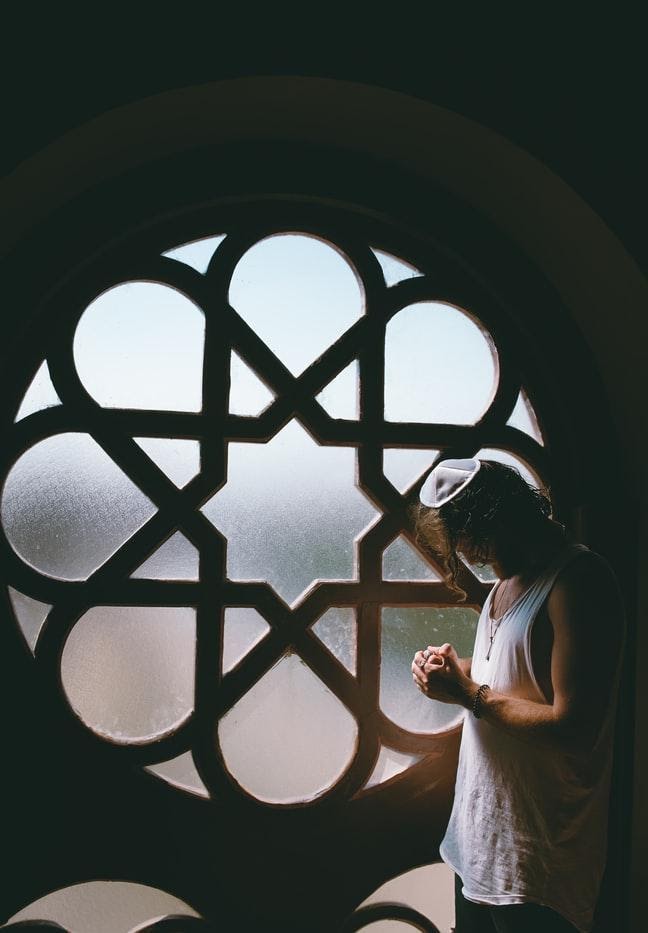 While praying in his upper room that day, I wonder if Daniel knew his enemies in the Persian administration were lying in wait nearby. I wonder, too, if that would have made any difference to him.

When it was announced that King Darius now forbade the worship of any god other than himself, even when the people around Daniel complied and even though he was a close advisor to the king, it was clear to Daniel that no matter what human law said, he was to worship God alone. He would pray to his God, no matter what others said or did. To be faithful to the God of Israel in Babylon meant making himself a target in the eyes of his social circle and the government.

These days, in a time when an unprecedented global health crisis has intensified unrest of all kinds, I think we are intimately familiar with the conflict Daniel was faced with in Babylon a few millennia ago. We too are in exile—pilgrims on our way to our eternal homeland. We too often find ourselves at odds with the world around us and the powers above us because we follow our God—not just any “god” but a holy God who created us and everything we see around us, who redeemed us from sin and judgment, and who commands our worship and obedience. Our God is jealous and will not have anything or anyone else placed before Him; and when we begin to understand the depths of His love and mercy, it becomes not just our duty but our desire to let Him be Lord over our lives. To live in this truth is entirely counter-cultural. The world simply does not know what to do with believers whose hearts are held captive to Christ rather than to self-will or an earthly agenda.

Daniel’s whole life was marked by faithfulness in the face of dangerous circumstances. Though he had been ripped away from his home and family, he refused to eat the king’s meat when he first was brought to Babylon (Daniel ch. 1). He then intervened to save the lives of King Nebuchadnezzar’s wise men by praying to God for an interpretation of the king’s dream, an interpretation he humbly acknowledged was from God Himself (ch. 2). He bravely communicated divine interpretations of another of the king’s dreams, as well as a strange message that appeared to one of the king’s successors, both in which God was revealing His wrath and punishment (ch. 4-5). Scripture tells us that Daniel told God’s truth to others and followed it himself time and time again.

It’s important to remember that courage and faithfulness are made up of a long series of choices, not just one moment. Like Daniel, we develop courage through regular exposure to smaller conflicts that require us to determine what is most important; we develop faithfulness through regularly listening to God and obeying Him in the daily events of our lives. Only then, when the pressure mounts and the stakes are raised, are we able to shut out fear and lies and more clearly listen to the voice of God.

Do your friends or family make fun of you for obeying God?

God will give you courage to obey.

Is your boss asking you to tell lies and cheat to protect your company?

God will give you courage to tell the truth.

Is your government telling you that you can’t spread the gospel of Jesus because it is illegal?

God will give you courage to share His good news.

Just like God protected and prospered Daniel for being faithful to Him when there seemed to be a constant target on his back, God will protect and prosper us for our faithfulness—perhaps not right this moment, but assuredly in our heavenly home. He is the ultimate Judge, and when He approves us, no other opinion or consequence can hold any weight. It is God’s secure love that gives us courage when faithfulness makes us fair game to a watching world.

Be on guard; stand firm in your faith [in God, respecting His precepts and keeping your doctrine sound]. Act like [mature] men and be courageous; be strong. Let everything you do be done in love [motivated and inspired by God’s love for us].

A Love Story: Boaz and Ruth 3: A New Man

Living for Christ as a Youth 3: Handling the Pressure