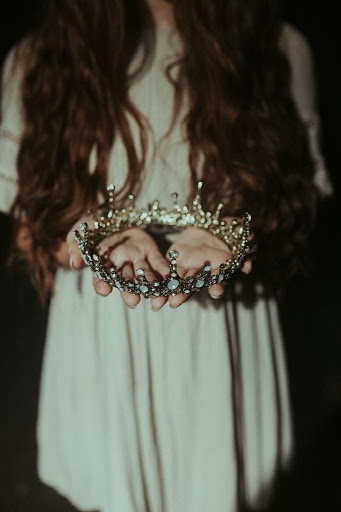 In many ways, Esther’s life runs parallel to Daniel’s life, which we looked at yesterday. As a young adult, Esther is removed from the home of her Jewish family and sent into the palace of the ruling heathen king. While in the palace, she is honored for her virtue, her beauty, and her honor. She is also called by God to tell uncomfortable truths to the king on behalf of the Jewish people. Both Daniel & Esther were young and inexperienced, and were faced with dire consequences should they choose to step out in faith. But, praise God, both demonstrated great courage despite their fear.

Esther’s story is particularly compelling because it seems quite clear that she did not want any of this. Esther was whisked away to the palace without her consent, then married to a powerful man she barely knew, and then expected to rule over a vast people. Furthermore, it was public knowledge that the queen before her was banished for refusing just one of the king’s requests. I cannot begin to imagine the fear I would feel in such a scenario. Esther’s is not a story of royal ambition; she obeyed her uncle Mordecai at every point, and revered King Ahasuerus just as any ordinary citizen would do. How, then, did she find the extraordinary confidence and courage she displayed from chapter 4 onward?

Although, interestingly, God is never once mentioned in the book of Esther, it is clear that He is at the heart of every single thing that happens in the story. So I do not think it is a stretch to believe that it was God Himself who gave Esther the courage to stand up for His chosen people. Mordecai tells her in chapter 4, verse 14, “If you keep silent at this time, relief and deliverance will rise for the Jews from another place, but you and your father’s house will perish. And who knows whether you have not come to the kingdom for such a time as this?”  Why would Mordecai have this confidence that Jews would be delivered whether Esther was the reason or not? How might he suppose the timing of her reign was arranged for this exact purpose? The answer is clear in both cases. God Himself would always ensure the Jews were delivered to fulfill His own promises, and it was God’s providence that had made Esther queen.

So, as God’s people today, how should we respond when we are placed in untenable situations that are not of our own choosing? When we have legitimate reasons to be afraid and limited experience to give us confidence, how can we courageously stand up for what is right?

Esther did some important things that we can learn from in this story. First of all, she was obedient. She obeyed Mordecai and his teachings, from childhood to adulthood and even to royalty! Second, she showed humility. When she was given a chance to bring any glitzy thing to the king before being chosen, she only took what was recommended. She refused to impress the king with glamour. And finally, Esther sought after God. She commanded the Jews to fast as she prepared to go uninvited to the king, and she fasted too. For three full days, she looked to the Lord for wisdom and courage. While she showed clear resolve by saying, “If I perish, I perish,” she was not hasty. She remained firm in her purpose only because she took the time to seek God first.

Courage is not simple. In fact, the very existence of courage depends on a situation being scary or complex. There are no easy choices—no solutions which eliminate risk. However, the determination of risk depends on what really matters. Courage is sacrificing our comfort for something we understand to be worth more. Esther had to decide whether the lives of hundreds of thousands of her people were worth risking her life. Sure, we may not have choices so drastic before us, but to show courage in the unexpected conflicts of life requires daily humility before God, obedience to His Word, and the patient seeking of His wisdom. In every decision that affects the trajectory of our lives, we will not have the courage to do what God calls us to if we do not follow Him at all times.

Esther was young, scared, and far away from everything she knew, but her strong God used her mightily to rescue His people and to show us what real courage looks like. The yearly celebration of Purim is a memorial to both her courage and God’s miraculous deliverance. Yes, it is scary to step out in faith, but when we step into the unknown with the confidence that God is for us, fear succumbs to the knowledge that the One we are fighting for matters more.

God gave us a spirit not of fear but of power and love and self-control. Therefore do not be ashamed of the testimony about our Lord, nor of me his prisoner, but share in suffering for the gospel by the power of God, who saved us and called us to a holy calling, not because of our works but because of his own purpose and grace, which he gave us in Christ Jesus before the ages began, and which now has been manifested through the appearing of our Savior Christ Jesus, who abolished death and brought life and immortality to light through the gospel.

Life on the Farm 1: Our Farm