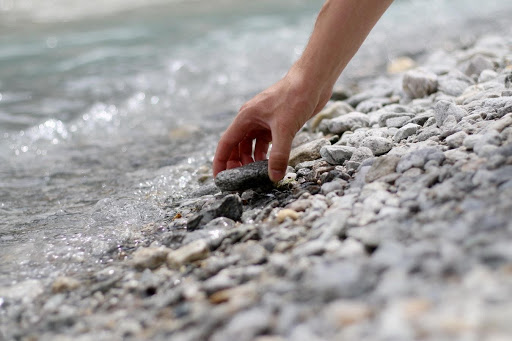 Day 5 of Courage When – When Enemies Appear Enormous: David

Despite the fact that David is now the most widely-known example of heroic courage in the Old Testament, he was, by every account, an unlikely hero. When the Scripture first introduces us to David, he is a young shepherd out tending his father’s sheep. He is called in from the fields by the prophet Samuel who then anoints him as the next king of Israel, much to Samuel’s own surprise since he assumes Eliab or one of David’s many other stronger brothers is the ruler God is looking for. David is so unlikely that his father does not even think to include him in the line-up.

But from the outset of David’s documented history, it is clear that God sees something special in his character. When Samuel tells King Saul that the Lord is taking away the kingdom from him, he even says of David, “The LORD has sought out a man after His own heart and appointed him ruler of His people” (1 Samuel 13:14, NIV). When God looked at David, He saw a reflection of His own heart! What higher commendation could there be?

While Saul was consistently more interested in appearances than in obeying God’s commands, David saw through appearances and was devoted to God’s glory. As G. Munro states in his sermon on the contrasts between David and Saul, “The key to Saul’s character is self-seeking…. David’s soul was fixed on seeing God. He was absorbed in the Being in Whom he lived, died, and had his being…. With Saul, sacrifices, priests, and prophets were but useful unrealities, figures of a clever fiction, dramatis personae of the stage on which he happened to be acting: with David they were powerful realities” (“The Root of National Faults Illustrated in the Life of Saul”). Saul wanted to do whatever made him look good. But David was willing to humble himself to obey God, and thus God exalted him.

After all, David’s willingness to fight Goliath could have had nothing to do with his own strength since he was much weaker than the giant. He found courage because he put Goliath’s size in perspective against the omnipotence of God Himself.

“What shall be done for the man who kills this Philistine and takes away the reproach from Israel? For who is this uncircumcised Philistine, that he should defy the armies of the living God?” (1 Samuel 17:26)

In our terms, David was saying, “Who does this guy think he is?!” David saw that the cowardice of Saul and his army was an affront against God because it brought reproach upon the nation. Without worrying about how formidable his enemy was, David focused his attention on what God wanted most—His own glory and the destruction of Israel’s wicked enemies. He knew from experience that God would protect and give victory to His people, even in their weakness, if they obeyed Him.

Not only is David offended by evil, he is confident in God’s ability to use him to defeat evil despite his own deficiencies. While the king and his army hide in fear, David does not hesitate to face the foe because his courage is grounded in experience. Just like God had always preserved him from predators while protecting his sheep, David knew God would preserve him from Goliath.

So, what can we learn from David’s courage here? Many public speakers and Christian celebrities liken David’s victory over Goliath to our personal victories over temptations and opposition. We are instructed to pick up our “5 stones of prayer, effort, etc.” so we can fight like David. If we just do what David did, think like he did, say what he did, and so on, supposedly our “Goliaths” will topple. But ultimately this teaching just gives us a list of tasks and the unstated pressure to knock out our enemies in one well-placed shot. Is this really the lesson? I would say not.

What is clear from the text is that David kept his eyes focused on the Lord. David courageously faced the enemy of God’s people with the knowledge that God would deliver them, not him. We can take our cue from the way David looked at the world around him. He knew 3 things: 1) The God of Israel is holy, 2) God’s enemies have no power to stand against Him, and 3) those who follow God must obey His commands and live for His glory. This is where the gospel comes in!

David’s focus on the truth of who God is and what He has done gave him courage to fight God’s battles. In this way, David represents Christ who came to fight our enemies and take away our reproach. Because God is holy, Christ had to be the one to step in to save us because we could not obey all of God’s law perfectly. Christ perfectly obeyed God and gave Him glory in all things. As Martin Luther wrote,

“When David overcame the great Goliath, there came among the Jewish people…encouraging news that their terrible enemy had been struck down and that they had been rescued and given joy and peace; and they sang and danced and were glad for it (1 Sam. 18:6). Thus this gospel of God…is a good story…telling of a true David who strove with sin, death, and the devil, and overcame them, and thereby rescued all those who were captive in sin, afflicted with death, and overpowered by the devil. Without any merit of their own he made them righteous, gave them life, and saved them, so that they were given peace and brought back to God.”

When we live our lives with the gospel of Jesus Christ firmly in our sights, we will live courageously. We will not be afraid of the biggest, strongest enemy because we know that the living God is with us and within us. He is the victor, He is the King of Kings, and He will fight for us when we fix our eyes on Him.

Therefore, since we are surrounded by so great a cloud of witnesses, let us also lay aside every weight, and sin which clings so closely, and let us run with endurance the race that is set before us, looking to Jesus, the founder and perfecter of our faith, who for the joy that was set before him endured the cross, despising the shame, and is seated at the right hand of the throne of God. (Hebrews 12:1-2, ESV)

What Do You Want To Be? 7: Sunday Selah

Living for Christ as a Youth 7: Being Open & Honest