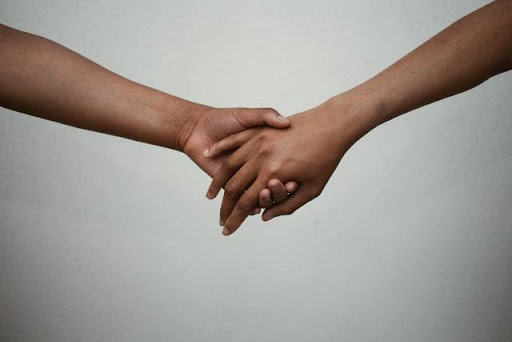 I have learned in whatever situation I am to be content. I know how to be brought low, and I know how to abound. In any and every circumstance, I have learned the secret of facing plenty and hunger, abundance and need. I can do all things through him who strengthens me. (Philippians 4:11-13, ESV)

Do you feel like other people always seem to have more than you—that they somehow get the best or the newest of everything? I’ve definitely felt that way, and I’m sure you have too. That feeling is usually linked with wanting what they have, at least in part. The problem with coveting is so common in our lives that sometimes we don’t even think twice about it. It’s easy to do because we can observe that people who have more money tend to have more things. And what’s more, they seem happier… right?

But, as I’m sure anyone could tell you, wealth doesn’t equate happiness. At all. In fact, it’s often such the opposite that Jesus warned against the pitfalls of wealth: “How difficult it will be for those who have wealth to enter the kingdom of God!” (Mark 10:23). “Do not lay up for yourselves treasures on earth, where moth and rust destroy and where thieves break in and steal, but lay up for yourselves treasures in heaven, where neither moth nor rust destroys and where thieves do not break in and steal. For where your treasure is, there your heart will be also” (Matthew 6:19-21).

“Those who want to get rich fall into temptation and a trap, and many foolish and harmful desires which plunge people into ruin and destruction. For the love of money is a root of all sorts of evil, and some by longing for it have wandered away from the faith and pierced themselves with many griefs” (1 Timothy 6:9-10, NASB). Having money obviously isn’t inherently wrong, but it can clearly lead to bigger issues (greed, selfishness, materialism, etc.). Most importantly, though, it can take our focus off what actually matters—our salvation and eternity—and draw us solely to our life on earth.

A similar struggle that some people face is coveting others’ relationships: maybe it’s someone else’s friend, their spouse or significant other, or even the relationship a coworker has with your boss. Though not exactly the same as coveting a possession, it can cause similar pitfalls in our hearts and lives. When God gave the law to Moses, He instructed against coveting both possessions and relationships: “You shall not covet your neighbor’s house; you shall not covet your neighbor’s wife, or his male servant, or his female servant, or his ox, or his donkey, or anything that is your neighbor’s” (Exodus 20:17).

There’s so much more that could be said; coveting relationships is not a light topic by any means, and it’s something that needs to be addressed with tenderness and prayer. But for the intentions of this post today, we’re just going to let God’s Word speak for itself. God has asked us to not covet. And by His grace, He’s also given us the solution.

Whether it’s a relationship or someone else’s possessions, the answer is the same: we have to learn to be content. I don’t mean contentment as some dull, mundane feeling, but true contentment. True contentment is security and confidence in Jesus, and it’s paired with abundant gratitude to our Heavenly Father, who has given us so much more than we could’ve ever asked.

The verses surrounding those we’ve already looked at tell us more about contentment: “But godliness actually is a means of great gain when accompanied with contentment. For we have brought nothing into the world, so we cannot take anything out of it, either. If we have food and covering, with these we shall be content. … But flee from these things you man of God, and pursue righteousness, godliness, faith, love, perseverance, and gentleness. Fight the good fight of faith; take hold of the eternal life to which you were called” (1 Timothy 6:6-8 and 11-12, NASB).

More than anything else, we have the most unshakeable reason for contentment: the presence of Jesus with us. “Keep your life free from love of money, and be content with what you have, for he has said, ‘I will never leave you nor forsake you’” (Hebrews 13:5). (See also the verse at the beginning.)

No matter the possessions that other people have, or the relationships we may wish we had, the truth remains the same: we’ve been given everything we could ever need or want in Jesus. I pray that is enough for each of us today and every day.

Learning to Be Compassionate People 4: The Receiving End of Compassion

I’m Here for You 2: Using Your Gifts to Meet Needs