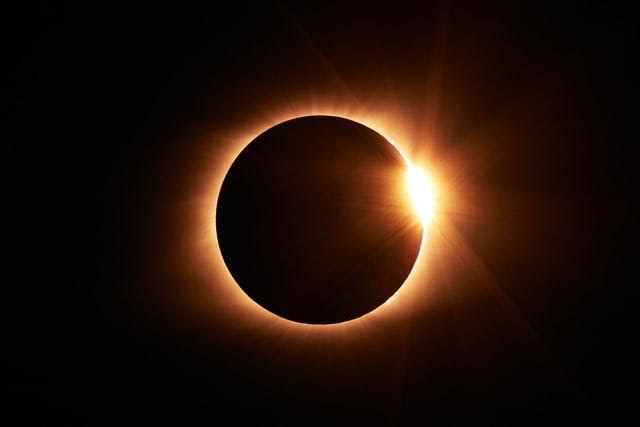 Created In His Image Day 1: The Creation Story

You were created by God. Doesn’t that amaze you? Even though it’s a truth not very well-received by the world, it still is true—and I’m so thankful it is.

In the very first chapter of the first book in the Bible, we’re given all of the details of how God created the world…

He began by creating light and separating it from the darkness; He called it “day” and “night.” Then, He created the atmosphere (“the heavens”) by separating the water above and the water below. After that, He created the dry land by gathering all the water together; this became the land and seas.

Finally, God created people. (This is briefly mentioned in Genesis 1, as it is a part of the full creation story; God created everything He intended to and then rested [2:1-3]. Most of the details, however, follow in chapter 2.)

After He made the beautiful, abundant world, God chose to finish His creation with people. As the verse above describes, humans were a unique creation—different from anything else God created. This is because God chose to make us in His image; He made us so we could have a relationship with Him. This is how it is recorded:

“The LORD God formed the man of dust from the ground and breathed into his nostrils the breath of life, and the man became a living creature” (2:7).

God Himself gave life to the man (Adam). Then, as the chapter goes on to describe, He gave him a place to live (the Garden of Eden). This was a place of provision and a place where he could work. God instructed Adam to live in a way that was pleasing to Him. He gave him everything he needed.

But the story doesn’t end there. God saw that Adam was alone, though this wasn’t what He intended. God had given Adam authority over all the animals and allowed him to name them, but, as the Bible makes clear, none of these were suitable helpers for Adam. So God created once more…

“So the LORD God caused a deep sleep to fall upon the man, and while he slept took one of his ribs and closed up the place with flesh. And the rib that the LORD God had taken from the man he made into a woman and brought her to the man. Then the man said, ‘This at last is bone of my bones and flesh of my flesh; she shall be called Woman, because she was taken out of man’” (2:21-23).

I love that these words show how intentional God was in creating the first woman, Eve. He made her so that Adam wasn’t alone, and He made her with a particular purpose. Adam immediately recognized God’s hand in this when the LORD brought Eve to him, and he rejoiced in it.

Adam and Eve were also created to live and function together, and as a part of this, God’s design for marriage was established: “Therefore a man shall leave his father and his mother and hold fast to his wife, and they shall become one flesh” (2:24).

The story of creation is such an incredible one. God’s design is amazing. It is perfect, it is complete, and, as we’ve already appreciated, it is true.

Creation really happened—it is history. That should give us such hope, because we were created intentionally and for a purpose by God Himself. He made people in His image, both male and female. He blessed them—together. He commanded them to be fruitful and have children. He gave them dominion over the fish of the sea, the birds of the heavens, the livestock, creeping things, and all the earth. He showed them His provision by giving them a home and nourishment.

Then, when it was all finished, “God saw everything that he had made, and behold, it was very good” (1:31). So God rested—satisfied with the fullness and completeness of His work.

Church Criticisms 3: Lack of Acceptance – A Change in Prejudice

A Love Story: Boaz and Ruth 2: A New Home