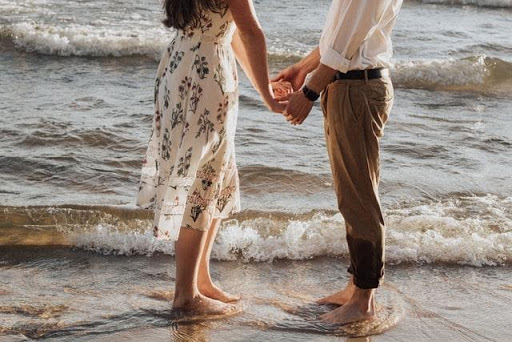 Created In His Image Day 2: Why God Gave Eve to Adam

Have you ever felt unwanted or unneeded? Regardless of the circumstances, I don’t think anyone likes to feel that way! The truth is, though, that God doesn’t see any one of us like that. He ensured that every part of His creation had purpose.

When God made Eve, the first woman, it was no exception. God also made men with specific purpose, and while we won’t look into that very much in this study, we shouldn’t overlook it. God intentionally told Adam his role before He created Eve. Even though God did intend that Adam would have a relationship with Eve, Adam’s purpose came from God alone.

The same is true for women—the source of our purpose is God Himself. We’ll talk more about that in a few days, but today we’re going to look at why the Lord brought Eve to Adam.

The first thing that’s important to notice is that the Lord made Eve in response to Adam’s being alone (see the verse above). Why does that matter? Well, based on this (and even the fact that God established marriage once He brought Eve to Adam), it is clear that we were created for relationships. Eve was meant to be a companion to Adam. This is such an incredible display of God’s care for us!

Just like every other detail of God’s creation, this is very applicable to each of us today. All of God’s order and design in creation is both fundamental and eternal. Whether it’s the roles He gave men and women, marriage, or anything else, His creational design is still relevant and always will be. So, the fact that Adam and Eve were created to be relational means that we are meant to be relational; it is part of how God designed us.

Think for a moment about all the relationships the Lord has given you. How are they? Are you putting intentional effort into them? Is anyone around you (or even you) living in isolation?

I speak to myself first in saying that we need to be sure we are pouring into the relationships in our lives. While that doesn’t mean we have to be the perfect wife/mother/friend/coworker, etc., it does mean we need to look past ourselves and care for the people God has placed in our lives.

It can start small: Who can I be praying for more? Who can I take out to lunch? Who might need an encouraging text today? No one is meant to live alone; we need each other. It is part of God’s design.

God also brought Eve to Adam so she could be a helper. We’ll look at the details of this more on Day 4 of this study, but it’s clearly one of the reasons God gave Adam his wife. She was made to be a suitable help for him, and Adam recognized the uniqueness of that after he’d been given only the animals.

“This at last is bone of my bones and flesh of my flesh; she shall be called Woman, because she was taken out of Man” (Genesis 2:23).

There is no doubt that God created Eve (and all women) with a specific role and purpose in mind, and I love that Adam also entered into the understanding and appreciation of that.

Lastly, God brought Eve to Adam in order to establish and define what a marriage and family should be. After Adam recognized Eve as the suitable companion God created her to be, we read these words:

“Therefore a man shall leave his father and his mother and hold fast to his wife, and they shall become one flesh” (Genesis 2:24).

God intended for them to live and function together; the same is true for marriage today. When God brings two people together in marriage, they are no longer linked with their families. Instead, they are linked to their husband/wife in a unique way that allows them to display what God established at creation.

After bringing them into marriage together, God gave them a purpose together:

“Be fruitful and multiply and fill the earth and subdue it, and have dominion over the fish of the sea and over the birds of the heavens and over every living thing that moves on the earth” (Genesis 1:28).

They were to have children and take care of the earth and everything that lived on it. It is God’s intention, established at creation, that married couples build a marriage and family based on God’s order and design. This displays not only to their children but also to the world God’s design for His creation.

God was very purposeful in bringing Eve to Adam, and we should be so thankful for that, as it shows us so much of the purpose He’s given each and every one of us.

Are You There, God? 6: Hindrances to Prayer