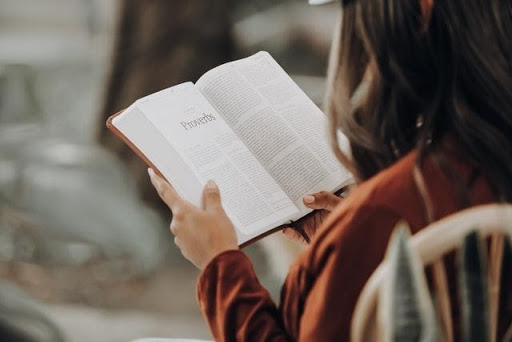 Created In His Image Day 6: Our Role in the Church

“The women should adorn themselves in respectable apparel, with modesty and self-control… with what is proper for women who profess godliness—with good works” (1 Timothy 2:9-10, ESV).

After learning so much about our purpose as women, the next thing we may wonder is this: do women have a role in God’s design for a local church? The answer is yes! God designed the local church with intention and care, and so He ensured that the purpose of women within it was very clear.

Here are several portions from the Word of God that describe the role of women in the local church:

“As in all the churches of the saints, the women should keep silent in the churches. For they are not permitted to speak, but should be in submission, as the Law also says. If there is anything they desire to learn, let them ask their husbands at home. For it is shameful for a woman to speak in church” (1 Corinthians 14:33-35).

“Let a woman learn quietly with all submissiveness. I do not permit a woman to teach or to exercise authority over a man; rather, she is to remain quiet. For Adam was formed first, then Eve; and Adam was not deceived, but the woman was deceived and became a transgressor” (1 Timothy 2:11-14).

I want to clarify that the purpose of this post is not to dive deeply into the interpretation of these passages, but instead to simply look at what they say. This is God’s clear instruction. He designed women and He designed the local church; if we want to honor Him, we must be obedient to what He says.

It’s important to first emphasize that there is nothing negative about the role of women in the local church. God has restored His creational order within the function of a local church, and so He intentionally gave women a meaningful role that works with His design.

Paul’s instructions to the local church (see the verse above from 1 Timothy) make reference to creation. This shows us that in designing the local church (with His creational order in view), God acknowledged the tendencies of His creation. Eve was deceived first; thus, God gave women a role in the local church that would work to preserve them from falling into similar temptation. His design is perfect and it protects us.

Perhaps the most encouraging aspect of our role in the local church is that it’s an opportunity to become more like the Lord Jesus. Just as God has asked of women, the Lord Jesus lived in submission. He submitted Himself to His Father even when He was asked to do what no one else would ever have to: die for the sins of the world. He said, “Not my will, but yours, be done” (Luke 22:42).

We should never look at God’s call for us to submit in a negative way, but as something that is according to His design, for our good, and for us to know more of Christ.

God also designed the local church to be a community. Within that community, He’s graciously given women a specific sphere of influence. We are able to carry out the roles we looked at on Day 4 of this study: cultivating relationships, mentoring young women, etc. Titus describes God’s instruction for us more clearly:

“Older women likewise are to be reverent in behavior, not slanderers or slaves to much wine. They are to teach what is good, and so train the young women to love their husbands and children, to be self-controlled, pure, working at home, kind, and submissive to their own husbands, that the word of God may not be reviled” (Titus 2:3-5).

It’s incredible that God has given us such purpose within His local church. Not only are we to be present and to learn, as described in 1 Corinthians and 1 Timothy, but we are also able to be a positive example and influence to younger women. We are to live in the way that God designed, and by that example teach them what a life that honors God looks like. This is not a secondary or lesser role; this is a high calling!

God’s design in creation was sufficient; Christ came as the fulfillment of it. Instead of thinking of our role in the local church in a negative light, let’s thank God for it. Let’s choose to pour into it, to learn Christ in it, to know our Bible well and live in obedience to it. God has created us, as women, to be able to serve Him in our lives and in the local church—let’s thank Him for that!

I’m Here for You 5: A Loyal Friend

Created In His Image 2: Why God Gave Eve to Adam