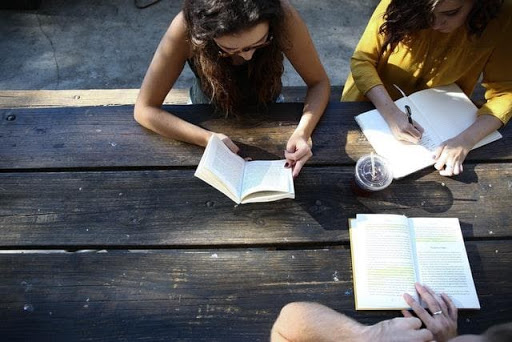 Created In His Image Day 7: Women Who Loved Jesus

Wouldn’t you like to be known as a woman who loves Jesus? As we look at examples of women in the Bible who did, I pray we’ll learn more of what it means to love Jesus wholeheartedly.

Even though it sounds poetic and beautiful, loving Jesus—loving Him by obedience and full devotion—isn’t easy or always well-received by others. A woman named Mary is a good example of this:

“Jesus entered a village. And a woman named Martha welcomed him into her house. And she had a sister called Mary, who sat at the Lord’s feet and listened to his teaching. But Martha was distracted with much serving. And she went up to him and said, ‘Lord, do you not care that my sister has left me to serve alone? Tell her then to help me.’ But the Lord answered her, ‘Martha, Martha, you are anxious and troubled about many things, but one thing is necessary, Mary has chosen the good portion, which will not be taken from her’” (Luke 10:38-42).

While it seems pretty clear that Martha had good intentions, she was much too focused on herself. Mary, though, understood that truly loving the Lord Jesus was being close to Him and learning from Him.

The very same is true for us today. While it is good to be active in serving the Lord and others, the most important thing is that we first know Him. We have to abide in Him—in His Word—and know who He is. Then, and only then, will we be able to serve Him in the way that He intends.

Mary also understood that loving Jesus meant sacrificing for Him:

“Mary therefore took a pound of expensive ointment made from pure nard, and anointed the feet of Jesus and wiped his feet with her hair. The house was filled with the fragrance of the perfume. But Judas Iscariot, one of his disciples (he who was about to betray him,) said, ‘Why was this ointment not sold for three hundred denarii and given to the poor?’ He said this, not because he cared for the poor, but because he was a thief … Jesus said, ‘Leave her alone, so that she may keep it for the day of my burial. For the poor you always have with you, but you do not always have me’” (John 12:1-8).

This exchange between Judas and the Lord Jesus is both encouraging and challenging. Mary took an entire pound of ointment to anoint Jesus’ feet. Judas made it clear that this would have been worth a lot of money (it has been estimated that a denarius was the wage for a day’s work), and was simply focused on why it hadn’t been put to what he thought was better use.

He had completely missed the point; he didn’t care at all about Jesus.

Still, Jesus acknowledged what Mary was doing as both sacrificial and eternally valuable. He knew she recognized Him for who He was, and that she’d put Him in the proper place in her life.

Jesus was Mary’s Lord. Is He my Lord? Am I willing to sacrifice for Him?

Though there are many other women who loved the Lord Jesus, we’ll just look at one more. Her name is also Mary, though she’s often referred to as Mary Magdalene.

She’s not written about as often as the other Mary, but she was a follower of Jesus and was with Him at very important parts of His life. Every single Gospel writer recorded that Mary Magdalene was at the cross when the Lord Jesus died. Matthew wrote this:

“There were also many women there, looking on from a distance, who had followed Jesus from Galilee, ministering to him, among whom were Mary Magdalene…” (Matthew 27:55-56).

Mary understood that loving the Lord Jesus meant being fully devoted to Him. Because He’d changed her life (Luke 8:2), she’d chosen to follow Him, serve Him, and even be present at the hardest time of His life.

Though it’s easy to read over the verses quickly, we should consider how hard it would’ve been to watch the One whom she’d come to love suffer publicly and shamefully. But there were no bounds to Mary’s devotion to the Lord Jesus. And the best part of all is that He was in that place of shame and suffering for her—and for you and me. Is there even a question of whether He deserves our full devotion?

We also read this touching event from the life of Mary Magdalene, which happened after the burial of Jesus:

“Mary stood weeping outside the tomb, and as she wept she stooped to look into the tomb. And she saw two angels in white, sitting where the body of Jesus had lain … They said to her, ‘Woman, why are you weeping?’ She said to them, ‘They have taken away my Lord, and I do not know where they have laid him.’ Having said this, she turned around and saw Jesus standing, but she did not know that it was Jesus. Jesus said to her, ‘Woman, why are you weeping? Whom are you seeking?’ Supposing him to be the gardener, she said to him, ‘Sir, if you have carried him away, tell me where you have laid him, and I will take him away.’ Jesus said to her, ‘Mary.’ She turned and said to him in Aramaic, ‘Rabboni!’ (which means Teacher)” (John 20:11-16).

If her presence at His death did not make it clear enough, her sorrow for Jesus and her search for Him show that, without a doubt, Mary was devoted to the Lord Jesus. She loved Him, and what she did in her life reflected that.

The examples of these women make one thing very clear: it is not enough to say we love Jesus. If we truly love Him, our lives will be changed. We will seek to know Him more through the Word of God, we will spend time with Him, we will worship Him, we will sacrifice for Him, and we will be fully devoted to Him in every part of our lives.

Lessons from Women of the Old Testament 2: Sarah’s Laughter