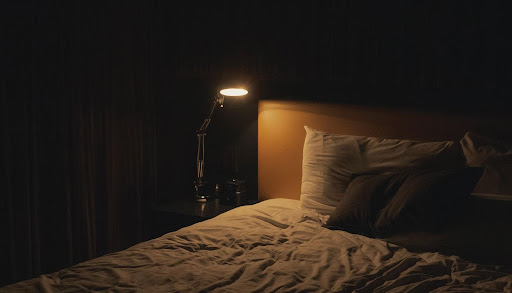 God called the light Day, and the darkness he called Night. And there was evening and there was morning, the first day. (Genesis 1:5, ESV)

The intricacies of Scripture reveal a beautiful pattern handcrafted by the Almighty Himself. He was intent on making the important aspects of His Word clear even if there are still pieces our human brains have yet to comprehend. All this is to say that from the beginning of time, God established a pattern of rest. Within the first two chapters of Scripture, we see rest become a vital part of our world as a whole. In fact, rest was so important to God that He created the perfect conditions needed for our bodies to rest and recharge.

The topic of creation as a whole is beautiful and fascinating, but for now we’ll look at the day and the night. Before God formed man or beast, He created the light and the dark and He gave them names. He intentionally created a split in the c would have what we need for rest. Darkness blankets the earth at night and our bodies welcome it as a sign of calmness and rest. This is why many of us need completely darkened rooms to sleep at night, because light is meant to be stimulating and dark is meant to calm. Our internal clocks were wired from the beginning to need rest and to respond to certain external and internal signals with tiredness and sleep. How fascinating it is that even something as simple as sleeping was intricately planned and designed by the Creator!

As God formed the rest of creation, we see days passing. He creates and there is day and night. While I don’t know if God paused or rested those nights, I do know that there was a clear demarcation from one day to the next. He defined a pattern of a working day that is still shown in our 24-hour days now. As He established these working days, He began to define a weekly cycle which was brought to an end with a day of reflection, rejoicing, and rest.

Ah, the seventh day. What a beautiful picture! God pauses, He looks at the works of His hands, He sees that it is complete and good, and then He rests. God rests. He is the first ever to rest, which in and of itself shows us that rest is not only a necessary thing but it is a good thing. He was showing us how to take care of ourselves. For six days we wake up, work, and then sleep, but on the seventh day we are to pause, reflect on God and His works, and rest. That’s right—no more feeling guilty over that Sunday nap session!

Rest is important, and it’s evident from the beginning of God’s Word. My challenge to you today is to reflect on God’s pattern of rest and see where you could use a change. Seek out ways to improve your resting habits, whether during the weekdays or on Sundays. Ironically, I am typing this devotional well into the dark hours of the night, so, believe me, I will be going along with you in this challenge as I have in many before.

Living for Christ as a Youth 7: Being Open & Honest

Suicide Risk in the Christian Church 4: People in Scripture Who Overcame