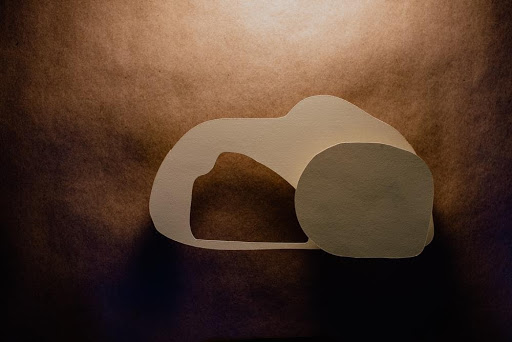 I Am Day 4: I am the Resurrection and the Life

Jesus said to her, “Your brother will rise again.” Martha said to him, “I know that he will rise again in the resurrection on the last day.”  Jesus said to her, “I am the resurrection and the life. Whoever believes in me, though he die, yet shall he live, and everyone who lives and believes in me shall never die. Do you believe this?” She said to him, “Yes, Lord; I believe that you are the Christ, the Son of God, who is coming into the world.” (John 11:23-27, ESV)

The 2016 NBA Finals featured what was assumed to be the newly crowned greatest team of all time, the Golden State Warriors, against the Cleveland Cavaliers. In a rematch of the previous year’s NBA championship, the Warriors were presumed champions before the series even started. They had the best regular season record in NBA history at 73-9 and they were led by the first-ever unanimously voted NBA MVP, Stephen Curry. The Warriors were all over the Cavaliers from the jump of the series and got out to a 3-1 lead after 4 games. The series was all but over.

Before game 5, the NBA showed a graphic that said, “No team in NBA Finals history has come back from trailing 3-1 (0-32).” To win the series, the Cleveland Cavaliers would have to do something that no team had ever done before. After this graphic aired and the Cavaliers were declared dead, they won 3 straight games in the best-of-seven series to win the NBA Finals 4-3. It is considered to be the greatest series comeback in NBA history. Even though they were counted out by the media, the fans, and even the Warriors players, the Cavaliers “came back from the dead,” as it were, and won the 2016 NBA Finals.

In John 11 we can read about a man, Lazarus, who actually came back from the dead. Lazarus and his two sisters, Mary and Martha, were friends of the Lord Jesus. Word had been sent to the Lord that Lazarus was sick, but Jesus did not immediately go to Bethany where he was. After waiting for two days, Jesus told the disciples that He needed to go to Bethany to wake Lazarus up. When they responded by saying that “if he has fallen asleep, he will recover” (vs. 12), Jesus spoke to them plainly by saying, “Lazarus has died” (vs. 14), to make it clear that He was going to raise him from the dead. Although Lazarus had died, to the Lord Jesus he might as well have been asleep.

The Lord Jesus approached the tomb where the body of Lazarus was laid and began to weep. Even though Lazarus would be raised in a few moments, Jesus still wept for His friend who passed away. He loved Lazarus and no doubt wanted to be sensitive to the feelings and emotions of the family, friends, and mourners who were there at the tomb. A few moments later, He approached the tomb, had the stone removed from the entrance to the tomb, and said, “Lazarus, come out!” And a man who had been dead for four days was alive again!

The same One who raised Lazarus from the dead is the One who freely offers eternal life to all who believe. If there were anything that any of Lazarus’ family or friends could have done to save him, they would have done it. Only the Lord Jesus, the Son of God, could turn death into life. If you are not saved, you are spiritually dead. Jesus brings life because He is life; not even the grave was able to hold Jesus after His death on the cross (Acts 2:24). For those of us who have been saved by His matchless grace, even though our bodies will pass away, our souls will live on for eternity in glory. And at the second coming of the Lord, body will be reunited with soul, never to be separated from each other or from our Lord and Savior forever (1 Thess. 4:16-17). It would be my prayer that each of us continue to share the message of the eternal life with a world searching for answers. May we all faithfully serve Him until that coming day when we will be eternally in His presence.

Thoughts on Psalm 23 2: Rested and Satisfied