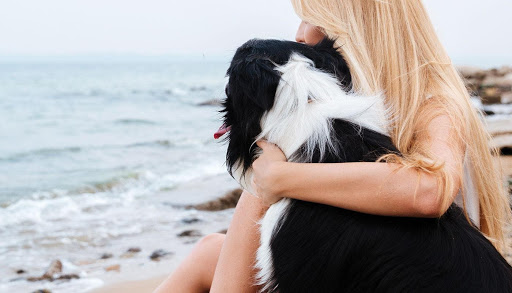 I’m Here for You Day 5: A Loyal Friend

“The soul of Jonathan was knit to the soul of David, and Jonathan loved him as his own soul. And Saul took him that day and would not let him return to his father’s house. Then Jonathan made a covenant with David, because he loved him as his own soul. And Jonathan stripped himself of the robe that was on him and gave it to David, and his armor, and even his sword and his bow and his belt. And David went out and was successful wherever Saul sent him, so that Saul set him over the men of war.” (1 Samuel 18:1-5, ESV)

A loyal friend is a friend worth keeping around. Is there anything more comforting in a friendship than to know they are loyal to your bond, no matter what? You could hurt their feelings, make a mistake, or be absent, and yet they still have love for you and will stand by your side. What a great comfort! So, how can we be loyal friends?

Other than Christ, of course, the greatest example of friendship is found in the relationship between David and Jonathan. Theirs was a friendship so strong it rivaled the bond of brothers. From the first time they met, Jonathan was devoted to David. He even stripped himself of his royal garments and armor and handed them over to David in acknowledgment of David’s future kingship. Although according to earthly regulations Jonathan had the right to the throne, he had nothing but respect for David as God’s chosen king. Jonathan loved him as himself. He fought for David, protected him, and willingly gave up a place of honor and respect for him. He did not feel jealousy towards David’s success in the position meant for him, but rather felt nothing but immense love for him. Couldn’t we all use a friend like Jonathan?

One of the first marks of Jonathan’s loyalty to David was his ability to accept his place and encourage David as he pursued greatness. He did not sulk or feel any animosity towards David, but simply loved him. This is how we should be as friends. Even when we are in a season of hardship, we should be joyful in the successes of our friends. We should also be willing to contribute anything we can to show our support and lift them up.

Jonathan showed his loyalty again by taking a stand for David. He continually warned David of Saul’s anger towards him and aided him in hiding from his father. He did his best to speak well of David and prevent his father’s wrath, but when his efforts were to no avail, he sent David away. Even when Saul tried to persuade Jonathan to bring David to him so that he could kill him and take his place as king, he defended his friend. How many of us can say that we have stood up in the face of our father’s wrath to protect a friend? The mark of a good friend is one who stands up against anyone who slanders someone they love. We should be loyal to our friends whether they are present or not.

Jonathan was a comfort to David. When Saul sought to take David’s life, Jonathan was there for him. He promised David that he was on his side and would not betray him to Saul. He reminded him that he could go in peace, knowing that both he and the Lord were with him. Not only was Jonathan a supporter when David was riding high, but he was also a comforter when David was suffering. A good friend is both. We should be both an arm of support and a shoulder of comfort. Our friends should be able to come to us with anything and know that we will always be there for them.

Although this is not seen in the stories we have of David and Jonathan, a vital part of a loyal friendship is forgiveness. In any relationship we must remember that our friends are human. They make mistakes just as we do, but a loyal friend forgives and remains through failures. Our loyalty may not always be reciprocated, but that does not mean that we should forsake a friendship.

My challenge to you today is to make loyalty a practice. When the opportunity presents itself, stand up for a friend. When your friend tells you some exciting news, rejoice with them. When your friend comes to you with a problem or a heartbreak, comfort them. Be a Jonathan.

Tags: I’m Here for You

What Do You Want To Be? 1: Be an Encourager