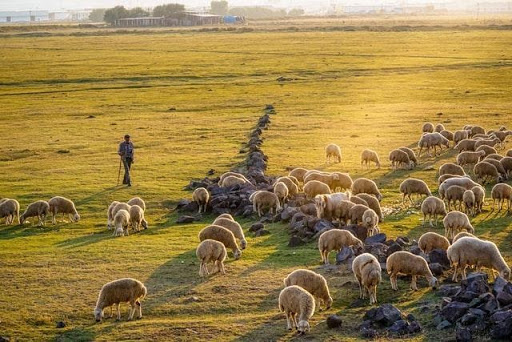 Learning to Be Compassionate People Day 5: Jesus, Our Ultimate Example

“Jesus replied and said, ‘A man was going down from Jerusalem to Jericho, and he encountered robbers, and they stripped him and beat him, and went away leaving him half dead. And by coincidence a priest was going down on that road, and when he saw him, he passed by on the other side. Likewise a Levite also, when he came to the place and saw him, passed by on the other side. But a Samaritan who was on a journey came upon him; and when he saw him, he felt compassion, and came to him and bandaged up his wounds, pouring oil and wine on them; and he put him on his own animal, and brought him to an inn and took care of him’” (Luke 10:30-34, NASB).

Don’t you want to have compassion like that Samaritan? I sure do. And while we can’t know for sure if Jesus was using the Samaritan as a picture of Himself, it’s certainly not a stretch to make the comparison. Jesus would have, without a doubt, acted in the same way. At that time, while people thought highly of priests and Levites, Samaritans were very much disliked.  It shouldn’t surprise us that our Savior would associate with people who were considered inferior, proving that showing compassion has no bounds. In fact, He took the lowest and most shameful place for us on the cross, ultimately displaying the greatest act of compassion we’ll ever know.

There are many verses throughout the New Testament that speak of Jesus’ compassion. These, as well as those mentioned in Day 1 of this study, are but a few…

“Two people who were blind, sitting by the road, hearing that Jesus was passing by, cried out, ‘Lord, have mercy on us, Son of David!’ …  And Jesus stopped and called them, and said, ‘What do you want Me to do for you?’ They said to Him, ‘Lord, we want our eyes to be opened.’ Moved with compassion, Jesus touched their eyes; and immediately they regained their sight and followed Him” (Matthew 20:30-34, NASB).

“As he [Jesus] drew near to the gate of the town, behold, a man who had died was being carried out, the only son of his mother, and she was a widow …  And when the Lord saw her, he had compassion on her and said to her, ‘Do not weep.’ Then he came up and touched the bier, and the bearers stood still. And he said, ‘Young man, I say to you, arise.’ And the dead man sat up and began to speak, and Jesus gave him to his mother” (Luke 7:12-15).

Compassion was something that characterized the life of the Lord Jesus. Each time we read about Jesus having compassion, we see a pattern: He acted based on that, and changed the lives of those for whom He had compassion. While we can’t change lives in the way He did, we should desire to have His compassion.

If we want to become more like Jesus and follow His pattern of compassion, we have to know Him. That is how the transformation happens—knowing Him first through God’s Word, and then through the experiences, relationships, and seasons of our lives.

Any form of obedience to God will seem daunting if we look at it as a task, whether it’s obeying an explicit command or simply seeking to imitate a characteristic of Christ. How can we expect to be moved with compassion on our own, or to remember, every time, to act out of compassion? We’ll only become exhausted and discouraged when we rely on our own efforts. Instead, we have to remain close to our Savior. We have to learn more about Him, talk to Him, and think about Him; in doing so, the Spirit will work in us to make us more like Him. That’s how we’ll become the compassionate people God wants us to be.

“Until we all attain to the unity of the faith and the knowledge of the Son of God, to mature manhood, to the measure of the stature of the fullness of Christ, so that we may no longer be children … Rather, speaking the truth in love, we are to grow up in every way into him who is the head, into Christ” (Ephesians 4:13-15).

Tags: Learning to Be Compassionate People

James: A Slave of Christ 1 – Introduction to the Book of James

Church Criticisms 5: Churches Are Greedy – A Change in Finances