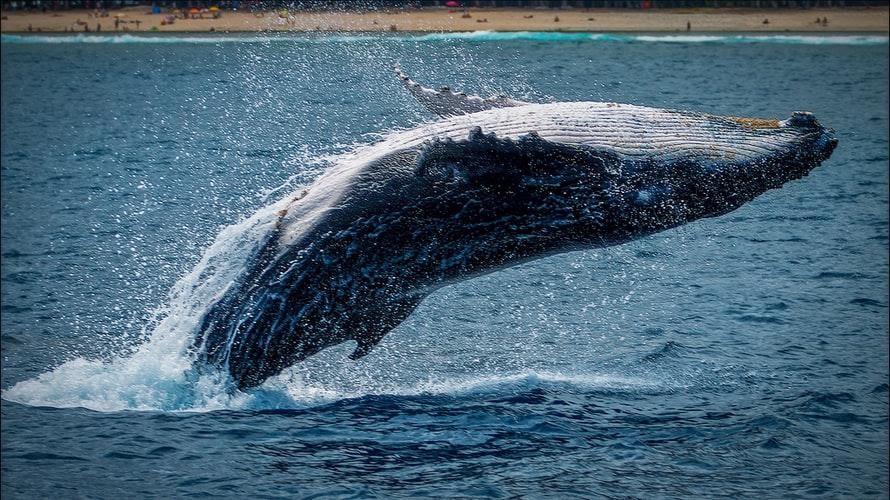 Now the LORD had prepared a great fish to swallow up Jonah. And Jonah was in the belly of the fish three days and three nights. (Jonah 1:17, KJV)

Maybe you and I share some life experiences when it comes to sea creatures. Up close and personal, I’ve encountered all sorts of fish. I’ve freaked out in the ocean upon seeing a jellyfish float by and a small sand shark flop about in the shallows. I’ve been privileged to swim with a dolphin and pet a stingray. But one thing I’ve never gotten close and personal with is a whale. I’ve seen one from a distance at Sea World, marveling at the splendor of the orca (commonly referred to as a killer whale). Fact of life—if I’m swimming in the ocean and a whale comes floating by, I would probably die of a heart attack. Whales aren’t exactly small creatures, with the blue whale famously reaching lengths of up to a jaw-dropping 100 feet. Whales are definitely the type of animal I would rather observe from a distance! The thought of my being able to easily fit inside their mouth is pretty terrifying.

With their impressive size also comes an impressive brain. The sperm whale has the largest brain of any animal on the planet, humans included. But that doesn’t mean these massive animals have intelligence equal to yours and mine (as tempting as that is to postulate when it comes to some people). They are still an animal, subject to all the limitations that the great Creator placed on them—which is why I have always been fascinated by one whale on one particular day over 2,700 years ago. As far as we know, for the only time recorded in history, the Lord God took control of a whale! Maybe you’ve thought that God took control of fish and steered them away from your hook (been there, folks). But in this instance, it is unmistakable: “Now the LORD had prepared a great fish to swallow up Jonah.” It’s as if He looked all throughout the Mediterranean Sea, of which Joppa was a port city, and honed in on one special whale (yes, I’m going to call it a whale). The God who created the whale went to work again. This whale would need to be special, because its stomach was getting ready to be short-term living quarters for a human! The acid within the whale’s stomach would have to be somewhat neutralized so that its occupant wouldn’t be digested during his three-day stay. There needed to be some sort of oxygen supply so the occupant could breathe. How all this worked is beyond me, but that’s understandable because I’m not God. I can only believe it happened!

Finally, the whale’s big day came. Into the water flew a God-fleeing prophet, and like a laser-locked missile, the whale swam. He knifed on toward Jonah, not stopping until his mouth opened, swallowing the man alive. For the next three days, he had a “houseguest” of sorts. And at the end of the three days, the whale heard a voice: “And the LORD spoke to the fish, and it vomited Jonah out upon the dry land” (2:10). I wonder what God said to the whale. Did He guide him exactly where to swim so that Jonah wouldn’t drown in the sea after exiting the whale’s belly? Whatever the case, this whale had been prepared, and he fulfilled the exact purpose for which he had been made. What other whale in history could boast such a feat?

The lesson for us is simple. We have also been created for a purpose. None of us are disposable, unnecessary people in God’s sight. We were made in His image, after all! We have been made to fit into the overall theme of God’s purpose for this world. It’s our job to take hold of that purpose and fulfill it. Nobody else can fulfill it for me! Sadly, though, it is within my power to let that purpose go unfulfilled. I can live for myself, live for this world, and forget all the doctrines of Christian living. What a shame, and what a wasted life if that were the case! Instead, find your purpose and allow God to use you to fulfill the purpose He has for your life. It will benefit you, and it will benefit the Lord’s people!

Names of God 3: The Holy Spirit

Thoughts on Psalm 23 4: Trials and Faith