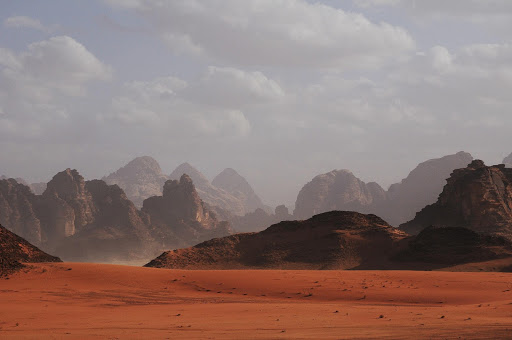 Lessons from Women of the Old Testament Day 7: Deborah’s Encouragement

[Deborah] sent and summoned Barak the son of Abinoam from Kedesh-naphtali and said to him, “Has not the Lord, the God of Israel, commanded you, ‘Go, gather your men at Mount Tabor, taking 10,000 from the people of Naphtali and the people of Zebulun’?” (Judges 4:6, ESV)

And Deborah said to Barak, “Up! For this is the day in which the Lord has given Sisera into your hand. Does not the Lord go out before you?” (Judges 4:14, ESV)

The book of Judges takes place during a time in which the Israelites went through seasons when they obeyed the Lord and times when they did not. Every few chapters, it’s a guessing game to see if the Israelites were either doing what was right in the sight of the Lord or if they were doing evil in the sight of the Lord. Most of the time, the answer was the latter. The Lord used judges that He raised up to ultimately bring the children of Israel back to Him and bring them to a place of worship. These judges would often be sources of rescue for the children of Israel after falling into the hands of enemies due to their sin.

There were many different judges used by the Lord to restore the Israelites, but Deborah was the only recorded woman judge, and this in a time when men were usually the leaders. It’s a reminder that God is ultimately sovereign, and Deborah as a judge wasn’t a “Plan B.” Although all other recorded judges were male, God had a purpose in choosing Deborah. He knew who was fit for this role, and Deborah was part of His plan for the Israelites.

She was a prophetess, and we read in Judges 4:5 that people would come to her seeking wisdom and discernment. The fact that God used Deborah as a judge should’ve been no surprise, as she clearly was known among the people who often sought her out. I wonder what sort of problems people brought before her, seeking her opinion on the matter. I would’ve loved to witness even just a day in her life as people brought different things before her—I think it would’ve been fascinating.

Next, we read about her urging Barak to take action in response to the Lord’s command to gather his men at Mount Tabor. I’m challenged by her commitment to ensuring that those around her followed the Lord’s commands. Sometimes, it can be easier to sit back and stay in our own lane as we follow what He commands. Yet often I am reminded that the Christian life is designed to be lived in community. We are supposed to encourage those around us, but we are also supposed to help them stay accountable before Christ.

We get another glimpse into the character of Deborah in Barak’s response to going into battle. He wanted to ensure that Deborah would be going as well. She was a source of good advice, and Barak wanted her to come with them into battle. I love her response: I will surely go with you. There was no doubt that she would be going to that battle with them.

Once again, we read about Deborah having to call Barak to action in Judges 4:14, reminding him that “the Lord goes before you.” What an encouraging thing to be reminded right before battle: the Lord was with them and He would grant them the victory. They would still have to go into battle, but they went with the assurance that the Almighty God was on their side. In everything I experience in my life, I know that He is with me and knows exactly what lies ahead. That doesn’t mean that we won’t have seasons of struggle, but I have faith that He has a plan, and I have the hope that one day I will dwell with Him forever.

Something I appreciate about Deborah’s story is what we read next: Judges 5 is a song of celebration and also worship to the Lord. This chapter is longer than the previous chapter about the battle, but it’s a reminder to worship the Lord through it all. Deborah didn’t let pride stand in her way; she sang a song of praise before the Lord. Deborah’s leadership as a judge shows that true leaders don’t revel in their power, for they know the One who is ultimately in control.

Hospitality is from the Heart 5: Beach Retreat Hospitality