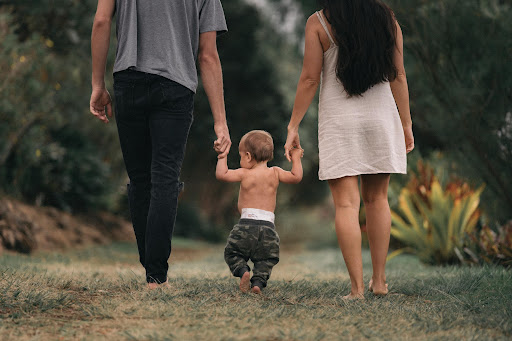 Life’s Greatest Influences Day 2: The Influence of a Father

Fathers, do not provoke your children to anger, but bring them up in the discipline and instruction of the Lord. (Ephesians 6:4, ESV)

My son, do not despise the LORD’s discipline or be weary of his reproof, for the LORD reproves him whom he loves, as a father the son in whom he delights. (Proverbs 3:11-12, ESV)

Grandchildren are the crown of the aged, and the glory of children is their fathers. (Proverbs 17:6, ESV)

But if anyone does not provide for his relatives, and especially for members of his household, he has denied the faith and is worse than an unbeliever. (1 Timothy 5:8, ESV)

Hear, my son, your father’s instruction, and forsake not your mother’s teaching. (Proverbs 1:8, ESV)

God’s design for the family begins with the leadership and provisional care of a father. In His plan, a marriage and a family are built around two people: a man (father) and a woman (mother). This is not just my opinion—it’s written in God’s Word: “Therefore a man shall leave his father and his mother and hold fast to his wife, and the two shall become one flesh. So they are no longer two but one flesh. What therefore God has joined together, let not man separate” (Matthew 19:5-6). A new family is formed when a man and a woman leave their parents and join in marriage. From these two, children may or may not be born.

How has your own dad had an impact on you? We observe our fathers and learn from their behavior—much like a mother. But the father has an additional responsibility in that he has the place of authority in the home, and has the weight of providing for the needs of the family—physical, emotional and spiritual. How he handles these responsibilities impacts the stability and well-being of everyone in the home. He is the spiritual leader of the family, and when this is understood, we can see how deeply fathers influence the atmosphere of their home.

We often run to our dads for protection. Is there anyone stronger in the eyes of a child than their father? It is a part of his duty to protect his home, and what he allows in it will have a lasting impact on his children. As a father, he has in Scripture a pattern of God as our heavenly Father which he, imperfect as he is, should aim to follow. A dad who is a poor example of a Christian is perhaps one of the most damaging pictures of our heavenly Father.

We’ve barely skimmed the surface of the enormous amount of online information regarding the influence of fathers, but we can see how truly important they are. If you are a dad, allow this to challenge you. God has placed your wife and children into your care, and the way you lead your home greatly matters. While you can never fully measure up to God the Father—the only perfect Father—the more you read and study Him, praying for change in your own life, the more you will clearly reflect Him in your family. No matter how old your kids may be, they are watching you and learning from your behavior and choices. May this encourage you to plug in where possible and be present in each of their lives, pointing your family to Christ and doing everything possible to model Him in the life of your kids.

Life on the Farm 2: Planting Season