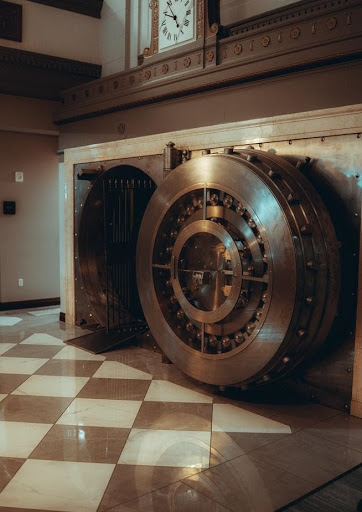 It’s so sad it’s almost funny, in a way. The first two areas of insecurity that many men deal with (today’s and tomorrow’s studies) revolve around things that are easily lost. Our health and physique can be lost in a moment, and so can our financial security. Job losses, stock market crashes, unexpected medical bills—and on we could go. In a moment, the ground of financial security could be ripped out from under us. This “unsolid ground” is a cause of real insecurity in so many men, and probably in more ways than one.

There is what I’ll call Stage 1 Insecurity. It looks like this: A man (maybe a husband and father) looks at the bank account, retirement fund, and investment portfolio of the family. Against that, he examines the monthly bills, thinks about some unforeseen calamities, and looks to college bills, wedding bills, etc. Suddenly, the balances seem insufficient and he is gripped with fear that comes with insecurity. Do we have enough?

And then there is Stage 2 Insecurity, which looks a little different. Here, a man looks at the life and possessions of his friend/coworker/neighbor/acquaintance. Their car is newer and more expensive. Their house is bigger. They have a boat. Their kids wear more expensive clothing. Their vacations are more extravagant. Suddenly, everything he provides for his family is dwarfed by his feelings of inadequacy as a result of his insecurity. How can we get to where they are?

While Stage 1 contains some wisdom in careful planning and consideration, Stage 2 is dangerous. And you may not agree with me, but it’s also sinful; how is it anything other than covetousness? It certainly doesn’t mesh with Paul’s teaching. Despite a life in which he was beaten, cast in prison, nearly stoned to death, and cast aside, what does he say? “I have learned in whatever situation I am to be content” (Philippians 4:11, ESV). But yeah, my used car vs. my friend’s new car is a reason for discontent. And yet so many men deal with this issue. We fear being “shown up,” or that our children might wonder why they don’t have (fill in the blank). We look around, always wanting bigger and better. Instead, we should look at what we have and be thankful.

Plus, we need to remember the actual value of all our possessions once we cross the eternal divide—a big, fat zero. All of our money, cars, homes, boats, clothing, and toys will eventually join every other possession in the landfill of eternity. There is no lasting security in finance. There is no stock market in Heaven. There are better investments to make, according to the Lord Jesus. Instead of pouring everything into gains and returns and wealth, we should divert our time and energy into the Heavenly exchange. Treasure here will fade, rust, corrupt, and rot away. Or it could be stolen! I remember being a total buffoon, leaving our vehicle unlocked in a crowded parking deck while we attended a Carolina Panthers’ fan festival. When we returned to the car, my sweet wife discovered I had facilitated having her wallet stolen. Smooth move, Petterson! But treasures in Heaven are far greater. Heavenly treasures will not degrade, lose value, or depreciate. And nobody can breach the vault to steal them away. Treasure in Heaven is real security!

If I truly bought into this truth, my life would be different. Generosity instead of greed. Giving instead of hoarding. Maybe my life motto would be like that of Peter Bailey, the father of George in the film “It’s a Wonderful Life” (greatest movie ever). Underneath his framed portrait after his death was this quote: “All you can take with you is that which you’ve given away.” By living out kindness, generosity, and care, we store up treasure that will last—reward and wealth that will only be experienced when we reach Heaven.  It’s the only treasure worth striving for.

The Impact of Jesus on Seven Men 5: Zacchaeus

Tools to Thrive as a Man of God 3: Deep Friendships