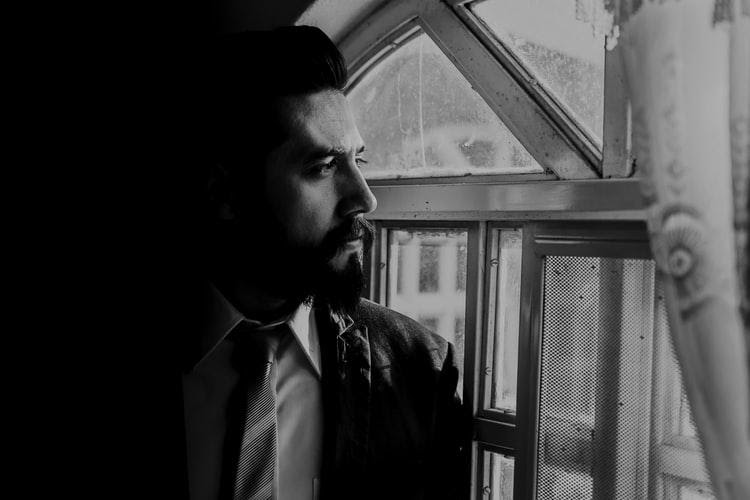 But seek first the kingdom of God and His righteousness, and all these things well be added to you. (Matthew 6:33, ESV)

The business world has its fair share of lists. There is the Fortune 500, featuring the 500 largest companies in the USA. There is the S&P 500. There is the Forbes Billionaire List. You know what doesn’t exist? The Average Male Employee List. Our world is obsessed with the biggest and largest. This is part of the reason many men struggle with insecurity when it comes to their career. Wait, did you think this was going to be about job security? The title seems teed up perfectly for it, but that’s not the path we’re going to walk today. Instead, we’re going to think about how insecurities prey on men in the workplace. There are several ways this happens. And don’t worry—it’ll tie into Matthew 6:33.

First, let’s think about the mind tricks we play when we look within our company. Unless you own your own business, I’m going to venture a guess: you are not a CEO. I may be wrong. If I am, my daughter just got braces. No pressure (get to the point, Daniel). If you’re not the CEO, then you report to someone. Maybe you’re six rungs down from the top. And that leads to this form of insecurity: Why am I not five rungs down? Or four rungs down? What am I doing wrong? Maybe nothing. You might be too young or too inexperienced. You might not give the extra work and effort that the people above you do. Isn’t that a sense of insecurity many feel? I’m not in charge—why not? Here’s my thought on the matter. I’m not in charge—so what? It could be that the folks above you are working seven days a week, always on call, and have no life outside of their job. Their career is their life. Is that what I want and how I wish to be identified? If I’m a Christian and want to be identified by my job title, that’s a problem. What does our verse say? “Seek first the kingdom of God and His righteousness.” In the very next verse, Jesus also says, “Tomorrow will be anxious for itself.” We all have enough to worry and be anxious about (another topic entirely); let’s not add this to the heap. Focus instead on being identified with Christ and living a righteous life.

The second niggling insecurity in the mind of many men is in their career choice. We see other men and say, “Wow, look at him!” He might be a doctor, a lawyer, a CFO, a wealthy businessman, or have some other career to which society attaches the air of status. And then we look at our job, which society says pales in comparison. It can, again, lead to feelings of personal insecurity and inadequacy. We might think people look down on us. Other men might see us and say, “Wow, look at him,” but this time, it’s not a look of awe. It’s an unfortunate and cruel thing. We might want the flashy career and all the so-called benefits that come with it. Meanwhile, do we consider the truth of Matthew 6? Just prior to verse 33, Jesus tells His audience not to have even these anxious thoughts: What shall we eat? or, What shall we drink? or, What shall we wear? I doubt many of us have had to seriously ask these questions due to a lack. With our basic needs met, what should we strive for then? Getting ahead? Giving our all to our career? Sorry, but no. We should “seek first the kingdom of God and His righteousness.”

I’ve written about this before, but it bears repeating. This world has a messed-up definition of success. The career, the wealth, the status? That’s not a biblical definition of success. The Bible teaches in word and in example that our lives should be marked by worship, sacrifice, godly service, a servant’s heart, and seeking His will. Living a life like that doesn’t breed insecurity, but rather builds and strengthens the bond we have with Christ.

As I close, which do you think is better? You could have the status-filled career that is absolutely not secure. What, you think your career is 100% secure? Of course it isn’t. So why pour all your energy and focus into it? Instead, you could have a Spirit-filled, Christ-centered, service-focused life that is lived for an eternity that is absolutely secure. Instead of passing the time worrying about what other people are thinking about my lowly job title, I could spend time pleasing the Lord and caring about what He thinks. His opinion is the one that matters most, after all!

The Impact of Jesus on Seven Men 3: Peter

The Impact of Jesus on Seven Men 2: John