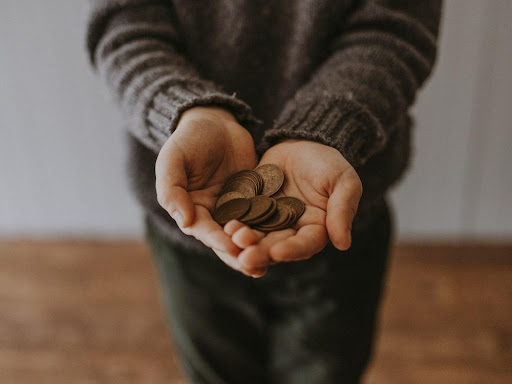 Honor the Lord with your wealth and with the first fruits of all your produce. (Proverbs 3:9, ESV)

So, when you give to the needy, do not announce it with trumpets, as the hypocrites do in the synagogues and on the streets, to be honored by others. Truly, I tell you, they have received their reward in full. (Matthew 6:2, ESV)

Giving is one of the most important topics when it comes to biblical money management. It’s a concept that’s very well understood by the population at large, too. A recent world survey found that Americans were the most generous people in the world. I am not entirely sure how true that is, but the National Philanthropic Trust estimates that Americans gave about $450 billion in 2019. Corporations were responsible for giving $21 billion, foundations gave $76 billion, and bequests accounted for $43 billion. However, the largest share of giving in the United States came from individuals at a whopping $310 billion.

The Bible has a lot to say about giving. Even before the law, Abraham gave a tithe to Melchizedek (Gen. 14:20) and Jacob promised God a tenth of all he would be blessed with (Gen. 28:18-22). The Mosaic law commanded the Israelites to give a tithe of their possessions once a year (Lev. 27:30-33). The Lord Jesus continues these commands in the New Testament as well. The Lord clearly values giving; after all, these are His possessions and we are merely stewards. The three passages of Scripture for this study provide a good overview of how we should view giving: give first (Prov. 3:9), give cheerfully (2 Cor. 9:6-7), and give quietly (Matt. 6:2).

We read in Proverbs 3:9 about the order in which giving should take place. The phrase “with the first fruits of all your produce” means that when you harvest, your giving should be the first deduction from what is harvested. Likewise, when we give, it should be the first deduction from our income. This doesn’t mean that it should be taken out of our paychecks before taxes, insurance, retirement contributions, etc., but that it should be the first allocation of our income. It would be my personal conviction that this means my giving should be based on my gross income (paycheck before taxes, insurance, etc. are removed) as opposed to my net income (amount you actually receive in your bank account). Just as Christ gave of the best He had to offer (His own life), we should give the best of what we have to the Lord. How much you give is up to you and your circumstances. An old preacher named Oswald MacLeod used to say, “If an Israelite was called to give 10% under the law, how much should we desire to give under grace?”

2 Corinthians 9:6-7 deals with our attitude when we give. Have you ever asked your child to do something, and though they did it, they dragged their feet, moaned, and complained the entire time? Yes, it is nice to see your child listen to you, but how much better is it when you ask them to do something and they do it with a good attitude? It’s hard to describe how much more satisfying it feels! Similarly, the Lord wants us to give based on what we have in our heart, not because we feel we have to do it. However, based on the fact that He gave it all for us, our desire should be to return this in generosity with what we have been given.

Finally, Matthew 6:2 deals with the way in which we give. Our world is filled with celebrities and influencers making sure people know when they are doing good and giving to others. Yes, perhaps this will encourage others to go out and give, but it is more likely that this is being done to garner attention and affection. These people are described as “hypocrites” by the Lord Jesus. Instead, we should desire to keep a low profile and not go live on Facebook every time we give a dollar to a homeless person. Our reason for giving should be out of love because of what has been given to us. It would be my prayer that each of us desire to give first, give cheerfully, give quietly, and give generously.