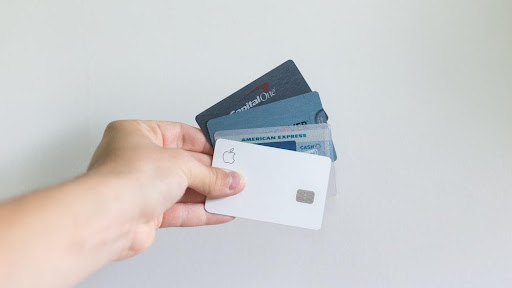 The rich rules over the poor, and the borrower is the slave of the lender. (Proverbs 22:7, ESV)

The wicked borrows but does not pay back, but the righteous is generous and gives. (Psalm 37:21, ESV)

It can be difficult to see coworkers, neighbors, or friends have a seemingly endless stream of new cars, designer clothes, luxurious vacations, new gaming systems, and whatever else rolling in at all times while you try to live within your means. It is entirely possible that those people are fortunate to be very wealthy and able to afford a lifestyle like that, but it is also possible that they are drowning in debt. Unfortunately, this can often be the norm in our consumerist society.

On the one hand, debt has allowed a capitalist system to thrive as credit has been used to fund new businesses and enterprises. On the other hand, debt has crushed millions of Americans and has led to the financial ruin of many. The New York Federal Reserve put out a statement saying that consumer debt in the United States reached $14.56 trillion (yes, trillion with a ‘t’!) after the fourth quarter of 2020. Americans owe $1.37 trillion on automobile loans, $1.56 trillion on student loans, $820 billion on credit cards, and $10.4 trillion on home loans. As a result, there were over 500,000 bankruptcy filings in 2020 alone. Debt may be easy to apply for, but it is difficult to escape from unaccounted-for interest or changing life circumstances.

I am not going to say that there is no circumstance in your life in which you should not take out a loan of any kind. We do not own our house (there is still a mortgage attached), we use credit cards to pay bills and earn cash back (balance is paid every month), and we have even used loans for larger purchases, like an HVAC system (0% interest!). Realistically, most of us would probably have paid off a mortgage by the time we were able to save up enough cash to buy a house. That being said, we should strive to live our lives without depending on debt at every turn.

The Bible says that the borrower is a slave to the lender—there is no doubt about that! One way to avoid being overloaded with debt is to live within your means. I know this isn’t the answer many people want to hear, but it’s an important principle of biblical money management. There was an old preacher named Frank Pearcey who said: “If your outgo exceeds your income, then your upkeep will be your downfall.” Controlling spending and not allowing your lifestyle to expand beyond your income will help avoid debt. After all, like we covered in the first study, this is God’s money; how can we be good stewards by taking all that’s been given to us and now promising it to someone else?

What if you already are in debt? Then it’s time to figure out a plan to pay it off. There are many methods and ideologies out there for getting out of debt: some say to pay off the highest interest debt first, some say to pay the largest balance first, and others say to pay the smallest balance first. Whatever method you choose, I suggest making a plan and counting the cost. Find a way to cut your expenses, sell items in your house you don’t use anymore, start a budget to track your spending, pick up an extra shift—whatever you can do within reason to get out from under your debt.

If we are in debt, it will be difficult to live out the principle of giving that we covered in the previous study. It will be difficult to serve God if we are having to serve an array of lenders. In Luke 12:15, the Lord Jesus warns against covetousness, a characteristic that, if present in our lives, can lead to taking on more than we can handle. Instead, let us put God’s will at the center of our lives, being content to serve Him instead of serving JP Morgan Chase and Capital One to the tune of 24.99% APR! After all, our debt of sin was paid by the precious blood of the Lord Jesus. Again, it may be very difficult to avoid debt completely, but it would be my prayer that each of us would live with a spirit of contentment and self-control in order that we may avoid unnecessary spending and debt.  May we also desire to spread His message of forgiveness and see those around us have their spiritual debt forgiven.

Life’s Greatest Influences 3: The Influence of the World

The Joy of Church Connection for Young Believers 3: Mentoring Your Younger Christian Friends

A Love Story: Boaz and Ruth 2: A New Home