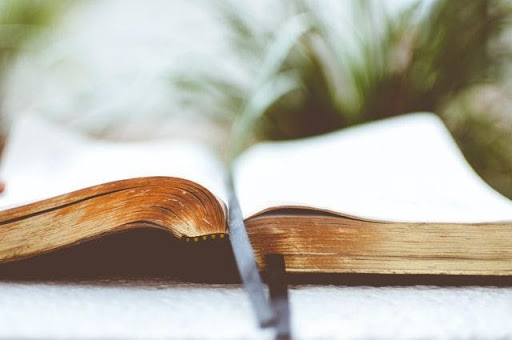 “These are written so that you may believe that Jesus is the Christ, the Son of God, and that by believing you may have life in his name.” (John 20:31, ESV)

While Handel’s Messiah may not be everyone’s first choice of music, one thing that can’t really be argued is that it’s a very moving piece of work. If you’ve ever listened to it or seen it performed, you’ll understand how it skillfully (and beautifully) emphasizes the hope and wonder that Christ brought when He came into this world. He was the promised One. He was God’s Anointed. He was the Messiah!

The word messiah simply means “anointed one.” In other words, it’s one who is chosen and consecrated to do a specific work, like the prophets, priests, and kings in the Old Testament, who were anointed with oil to signify that they were set apart for a specific task.

There is no doubt that the Lord Jesus is God’s Anointed—His chosen One. The word used for Christ in the New Testament (Christos in Greek) actually has the very same meaning as messiah. Jesus Christ was the fulfillment of all that God promised in the Old Testament, and was the One who brought salvation and deliverance to this world. It’s no wonder Handel wrote such a triumphant hallelujah chorus into his Messiah.

But where was He promised in Scripture? And why does it matter?

Starting in Genesis, there are portions throughout the Old Testament that speak of the Lord Jesus. One example from Genesis is what God said right after Adam and Eve sinned. He promised the serpent who had deceived them that his head was going to be crushed by the offspring of a woman—Jesus! (Genesis 3).

There are also many prophecies about Jesus written by the prophet Isaiah hundreds of years before He was born, like this one:

“To us a child is born, to us a son is given; and the government shall be upon his shoulder, and his name shall be called Wonderful Counselor, Mighty God, Everlasting Father, Prince of Peace” (9:6).

Later he wrote these stirring words about Jesus’ death:

“He was pierced for our transgressions; he was crushed for our iniquities; upon him was the chastisement that brought us peace, and with his wounds we are healed. All we like sheep have gone astray; we have turned—every one—to his own way; and the LORD has laid on him the iniquity of us all” (53:5-6).

And there are many, many more prophecies written about the Lord Jesus. We won’t look at all of them now, but I really encourage you to read them for yourself. One thing, though, is certain: no one person could’ve possibly fulfilled the hundreds of prophecies in the Old Testament—not unless they were God.

That’s exactly who Jesus is. He is the only One who perfectly fulfilled everything that was promised.

Jesus even confirmed that He was the Messiah. John wrote about a time when He was speaking with a woman who said, “I know that Messiah is coming (he who is called Christ). When he comes, he will tell us all things.” Jesus answered her, “I who speak to you am he” (John 4:25-26).

And that was actually the whole point of John’s gospel… “that you may believe that Jesus is the Messiah, the Son of God, and that by believing you may have life in His Name” (John 20:31, NIV).

So there is no question, based on God’s Word, that Jesus was the One God chose and promised since before the foundation of the world. This should cause us to give thanks that Jesus was willing to come and fulfill all that was written about Him, even to the point of His death on the cross for us (Philippians 2:8).

Just as surely as He came the first time, fulfilling what was prophesied, He will come again—fulfilling His promise. And so we should take His words seriously: “Surely I am coming soon” (Revelation 22:20).

He came once as the Messiah, and He is coming again. If we take those truths to heart, they should drastically change how we live. How can we not live in worship and thankfulness to the One who came, as God’s chosen One, to give His life for us! And how can we not seek to share Him with a world that so desperately needs Him! I pray we will do just that, as we look forward to the day when we’ll see Him face to face.

Treasures at His feet