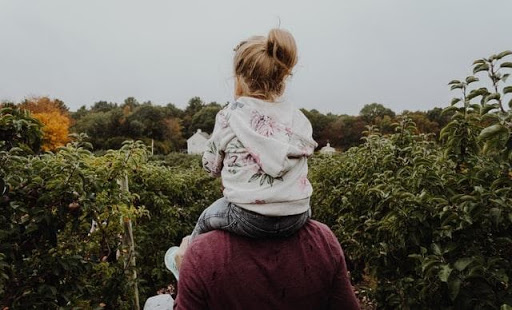 The last name of God we will consider for this study is Abba. In the simplest terms, abba means “father.” It has been translated to English from an Aramaic word, and was originally used by families as everyday language to address a father.

Here is how some commentators explained it further:

“‘Abba’ conveys a warm, intimate sense, just as with our expression ‘dear father.’”

“‘Abba’ is an informal Aramaic term for Father, connoting intimacy, tenderness, dependence, and complete lack of fear or anxiety. Modern English equivalents would be Daddy or Papa.”

“The Aramaic ‘abba’ stems from what might be called ‘baby talk.’ According to the Jewish Talmud, when a child is weaned, ‘it learns to say “abba” (daddy) and “imma” (mommy).’ In time, the meaning of the word was broadened so that it was no longer a form of address used by little children, but was used by adult sons and daughters as well. The childish character of the word diminished and ‘abba’ acquired the warm, familiar ring which we may feel in such an expression as ‘dear father.’”

So how have we come to use Abba, a term that seems very informal and intimate, for God?

First, it’s important to note that Abba is never used to address God in the Old Testament, and that is due to its informality. The Jews wouldn’t have understood that sense of closeness and intimacy with God.

It was only once Jesus came that this changed. No one had ever referred to God in this way, but Jesus did. The first of three times that abba is used in the New Testament, it is spoken by the Lord Jesus. He addressed God as Abba when he prayed in the Garden of Gethsemane before going to the cross (Mark 14:36). However, as Bible teachers have pointed out, “the common language of Jesus’ day was Aramaic, making it very likely that every time He addressed God as ‘Father,’ He did so with the Aramaic word ‘Abba.’”

By calling God Abba, Jesus showed the intimacy, childlike dependence, and trust He had toward God. In doing so, He not only revealed to us His relationship with the Father, but gave us an example of how we also can relate to God.

The two other times that abba is used in the New Testament refer to believers. Let’s take a moment to be grateful and recognize that it is only because of Christ’s work on the cross that this is even possible. John wrote,

“He [Jesus] came to his own, and his own people did not receive him. But to all who did receive him, who believed in his name, he gave the right to become children of God” (1:11-12).

To receive Christ and believe in His name is to trust that His death on the cross was for your sins—that He took your place. And when we trust Him, God becomes our Father; Christ gives us the right to become His children, and we, too, can call Him Abba. We get to enjoy the intimacy and closeness to God that the Lord Jesus exhibited.

And so it is with those truths that the apostle Paul encouraged followers of Christ:

“But when the fullness of time had come, God sent forth his Son… so that we might receive adoption as sons. And because you are sons, God has sent the Spirit of his Son into our hearts, crying ‘Abba! Father!’ So you are no longer a slave, but a son, and if a son, then an heir through God” (Galatians 4:4-7).

Although we may say it often, we should seek to be grateful each time we address God as our Father. We should remember that it’s not a formality, but that it instead signifies the closeness we get to experience with God because of Christ. We’ve been adopted into His family, and we have a perfect heavenly Father on whom we can fully depend. That is such a gift! And just as we’ve appreciated for the other names of God, this should change how we live. J.I. Packer put it this way:

“If you want to judge how well a person understands Christianity, find out how much he makes of the thought of being God’s child, and having God as his Father. If this is not the thought that prompts and controls his worship and prayers and his whole outlook on life, it means that he does not understand Christianity very well at all. For everything that Christ taught… is summed up in the knowledge of the Fatherhood of God.”

Finding My Way Through New Beginnings 5: Moving Far From Home

Finding My Way Through New Beginnings 1: New Life in Christ