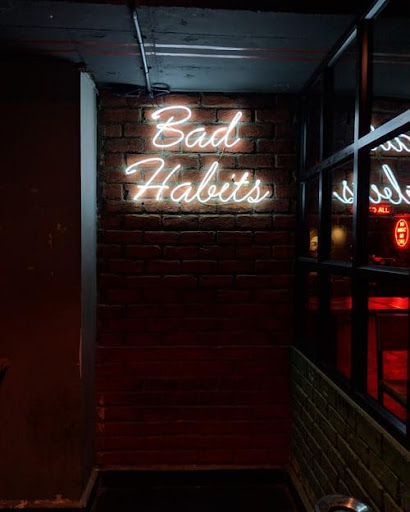 Do you not know that your body is a temple of the Holy Spirit within you, whom you have from God? You are not your own, for you were bought with a price. So glorify God in your body. (1 Corinthians 6:19-20, ESV)

When I was in high school, I agreed to go to my old elementary school to speak as part of the D.A.R.E. program, which stands for Drug Abuse Resistance Education. After another high school student and I made our little speeches, the floor was opened to questions from the (maybe) 4th or 5th graders. The only thing I remember from that entire experience was this question we were asked: “If someone aimed a gun at your head and told you to try drugs, would you try them?” It was the last question we expected to be asked, and we both sort of fumbled through an answer of sorts. What in the world? But programs such as D.A.R.E. existed for a good reason. There are certain things and activities we would probably all want our children to avoid.

The first grouping of harmful habits are illegal for anyone. Surely everyone can agree we don’t want our kids participating in activities or consuming substances that can land them in jail (or a morgue)! When I was young, the “big ones” were marijuana, crack, and cocaine. They were spoken of in disgusted tones—“I would never try that stuff!” It wasn’t very easily obtained in my school. Today’s youth are in a different era. While marijuana is still the most common among high schoolers, we also see prescription drug abuse (the opioid crisis), along with cocaine and crystal meth. One thing remains the same: trying one drug often leads to trying another and another. And sadly, many are easily obtained.

The second grouping of harmful habits are illegal for children. These are pretty obvious—the usage of alcohol and tobacco. The earlier a person begins drinking alcohol (especially before the age of 15), the more likely that child will grow into an alcoholic. But despite its being illegal, roughly one third of high schoolers drank alcohol in the months of March/April 2021 (from www.therecoveryvillage.com). The usage of tobacco seems to be less prevalent than it was when I was a kid, but it’s been replaced by vaping.

There are plenty of other harmful habits, too—harmful physically, emotionally, and mentally: going to bed late and waking up early, robbing the body of sleep; phone addiction, robbing life of personal interaction; consuming a large amount of junk food, which will, at a minimum, be paid for later in life; exercising constantly, missing the benefit of a balanced life. These habits are usually the most difficult to break—and their problematic nature is the most difficult to explain.

This wouldn’t be a particularly helpful article without mentioning some reasons this stuff is harmful to our children. The most obvious is the related health risks associated with these habits. Though these might be the most obvious, they can be the most difficult to make “stick.” Explaining heart disease, lung cancer, kidney failure, and cirrhosis can be met with glassy stares. But it still makes sense to lay out the short- and long-term health risks. And it makes good sense to lay them out before our kids have these issues! The physical damage caused by substance abuse and addiction is something that can proven with little research.

But another reason is the waste—of money, of a useful life, and of a Christian testimony. Highly controlled/illegal drugs are an enormous financial cost (and mental and physical and so on). A six-pack of beer costs three to four times a six-pack of soda. The average cost of a pack of cigarettes is about $7. What a waste of money that could be better spent! But the cost to a life could be far greater. Just trying it can turn into a habit which can turn into an addiction. And then it controls your life. What a waste! Imagine a tiny pill or a bottle controlling your life—but it happens every single day! Summed up, it doesn’t square up at all with what Paul wrote: we were “bought with a price”—the price of Jesus’ blood. Because of that, we are indwelt by the Holy Spirit Himself. Do we want to so abuse our bodies, knowing He is within us?

Instead of these bad habits, let’s reinforce good habits: being kind to others, reading the Bible, praying, serving. All these things are good. Being an example by doing them ourselves, encouraging them to follow that example, and then praising them when they do can go a long way in developing good habits.

Trusting God with a Sick Child 7: Accepting His Plan