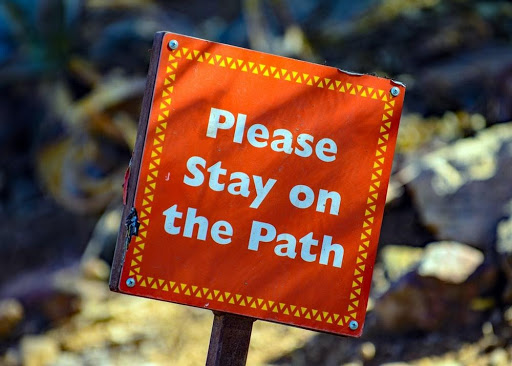 Day 5 of Testimony in the Workplace Study

“Servants, respectfully obey your earthly masters but always with an eye to obeying the real Master, Christ (Ephesians 6:5, The Message Bible).”

For many employees, the word “boss” evokes negative emotions. If you’ve had a particularly bad boss, you know what I mean. The diva boss that takes all the credit, rails on his staff, reeks of arrogance, and so on. Essentially, the nightmare boss. Thankfully, in the many years I’ve been employed, I can honestly say I’ve never had a boss I would view in a negative light. And I’m not just saying that on the off chance that one of them finds this post! I’m very grateful that I haven’t had to experience the flip side of the coin. But that might not describe you in the slightest. You might be working for a man or woman that makes your skin crawl at just the mention of their name. To your ears, their voice is as welcome as a huge zit on the tip of your nose before a first date. And just as your fists curl into tight balls, maybe you recall the words of Ephesians 6:5.

The word involved in this is a doozy-submission. It is a word rife with negative connotations. Perhaps an automatic response to being asked to submit to someone else is a brash “no!” Submission means admitting that I’m not in charge, that someone else is calling the shots, and many of us don’t like that. There are a couple of general scenarios that can make this plight even more pronounced. If you are older than your boss, maybe you roll your eyes at their naiveté. If you have worked at your company longer than your boss, maybe you shake your head at their inexperience. And, again, if they are that nightmare boss, you nearly tear your hair out in frustration. “I have to submit to them?” As a Christian—yes, you do. Somewhere up the reporting chain, your boss was given the position over you due to the confidence placed in them. That position, and the person, must be given respect.

The most significant reason? The Bible commands us to. Not only are we to obey our earthly masters (bosses), but we are to respectfully obey them. That makes it even more difficult in tough scenarios. I can obey someone disrespectfully. You’ve probably experienced something like that happening. When asked to do something, the person brusquely responds, “Yeah, I guess so.” They complete it obediently, but without respect for the person in authority. You might be smarter than your boss, but that doesn’t matter. You might have a mountain of experience compared to their anthill, but that doesn’t matter. Respect them, and submit to their authority. When they ask for your help, give it to them. When they make a decision, respect it. Paul tells us the ultimate reason why this is the case. In doing so, we are obeying our real Master. The same Master who submitted to Mary and Joseph, though He was the eternal Son of God. The same Master who submitted to His Father to the death of the cross, though He was eternally equal with His Father.

I would note, though, that there are limitations here. If my boss decides to engage in illegal activity and wants me to assist, that’s going to be a “no” for me! If submitting to a boss leads me away from godliness, that’s another red flag. And finally, we are also not asked by the Lord to endure ridicule, verbal abuse, sexual harassment, physical violence, or anything of that sort. That’s not what Paul has in mind.

But sometimes, the decisions your boss presents to you will be difficult to carry out, not because it crosses a moral threshold, but because it shakes up the norm. It isn’t something you’re used to (the dreaded word “change” again). My immediate reaction might be to lash out against them or to push back. As a Christian, maybe the best course of action is to take a breath, take a step back, and think it through. This could be a good place to make my true value known. If I’m a submissive employee, it could be a matter of putting my head down and doing the work. The nightmare boss might not feel the need to give the full-throated reprimand.

When I was assigned to a particular team years ago, I was given some awkward “apologies” from folks about the boss (since retired). “You’ll hate him! He’s going to tear you apart! He’s impossible to deal with!” In my discussions over the years with a peer who was on that team, we both have fond memories of that particular boss. Neither of us had even a moderate run-in with him. The reason? I believe it may have stemmed from us both doing our best to respectfully submit to his authority. He was our boss and had loads of experience. Perhaps he appreciated it.

Submission—a hard topic and tough task. It won’t always be easy, of course, but if I’m following the Word of God, I can rest assured in the knowledge that what I’m doing is right. It will display my character as a Christian, please my Lord, and probably please my boss as well. Isn’t that something worth pursuing?

Tags: Testimony in the Workplace

Boys to Men 3 – The Challenge of Purity

Testimony in the Workplace 1: Do Your Work!