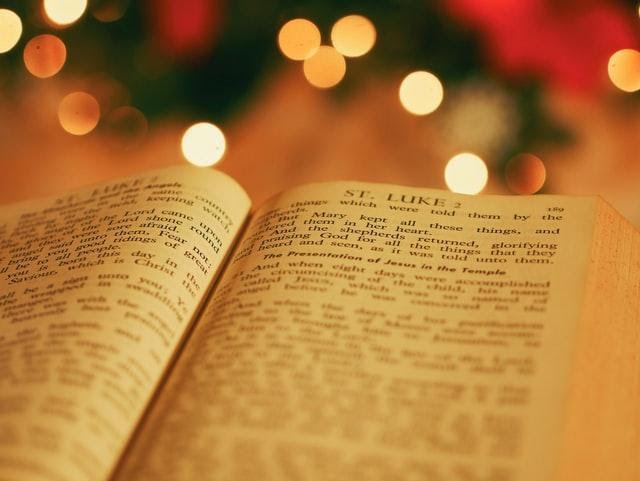 Day 3: The Christ of Christmas

Most parents know about nine months in advance that their baby will be born, right? Sometimes it’s less, but it’s never more than that. But what if someone were to know about a birth hundreds of years before it happened? Well, I can’t say that I’ve ever heard of that happening—except in one case. The birth of Jesus was actually told about thousands of years before it occurred. To say His birth was important is truly an understatement.

There are many places in the Bible that prophesy (foretell) the birth, life and death of Jesus. It’s awesome to pause for a moment and reflect on how special it is that God allowed people to know about Jesus before He ever came. And even now, for those of us living long after He was here, being able to read these prophecies reminds us of how important Jesus is.

So how was Jesus’ birth prophesied? While there are many prophecies, we’ll just look at a few that tell us some pretty important things about Him.

The first one is in the very first book of the Bible, just after the world was created. The first man and woman had sinned against God, after being tricked by a serpent (the devil), so God said these words to the serpent: “I will put enmity between you and the woman, and between your offspring and hers [Jesus]; He [Jesus] will crush your head, and you will strike His heel” (Genesis 3:15, NIV).

In saying that, God was referring to Jesus dying for us. When He did, He defeated sin and paid its price (death), and that’s how He “crushed the serpent’s head.” So even from the beginning, God made it clear why Jesus was coming—to save us from our sins.

It was also promised that Jesus would be a king and ruler. A prophet named Isaiah wrote these words about Jesus hundreds of years before He was born:

“For a child will be born to us, a son will be given to us; and the government will rest on His shoulders; and His name will be called Wonderful Counselor, Mighty God, Eternal Father, Prince of Peace. There will be no end to the increase of His government or of peace, on the throne of David and over His kingdom” (Isaiah 9:6-7, NASB).

How do we know this was true? A writer named Luke wrote about an angel visiting Jesus’ mother, Mary, right before He was born. The angel told her that God was going to make Jesus a King who would reign forever (Luke 1:26-33). And not only that, but the genealogies of Jesus, which are traced back to King David, are also included in the Bible. It is so clear that Jesus really was who the prophets said He would be: the King of kings.

It was also prophesied that Jesus’ birth was going to be miraculous—unlike any other in all of history—because His mother was going to be a virgin. Isaiah said, “A virgin will be with child and bear a son and she will call His name Immanuel” (Isaiah 7:14, NASB). And when the angel came to Mary, she asked him, “How will this [Jesus’s birth] be, since I am a virgin?” (Luke 1:34, ESV). The prophecy was true!

Even the specific place Jesus was born was prophesied—a town called Bethlehem. A prophet named Micah wrote this about Jesus: “O Bethlehem…from you shall come forth for me one who is to be a ruler in Israel” (Micah 5:2, ESV). Later, when Matthew and Luke each wrote the story of Jesus’ birth, they both specifically included the detail that Jesus was born in Bethlehem—another perfectly fulfilled promise (Matthew 2; Luke 2).

But then the Bible also prophesied Jesus’ death, and that is so important because it is the reason He was born. Isaiah wrote:

“But He [Jesus] was pierced for our transgressions; He was crushed for our iniquities; the punishment that brought us peace was on Him, and by His wounds we are healed” (Isaiah 53:5, NIV).

Later, when the apostle Peter was reflecting on Jesus’ death, he explained how this prophecy was fulfilled. He said that Jesus Himself “bore our sins in His body on the cross… by His wounds you were healed” (1 Peter 2:24, NASB). I’m forever grateful that this promise was fulfilled.

None of these things can simply be coincidence—they are perfectly fulfilled promises that clearly show us the power of God. And even though we’ve only scratched the surface, we can be sure each one really happened. Jesus really did come, and He really did die. This Christmas season, let’s give thanks to God because He keeps His promises.

Christmas Character Study 7: He is Come

The Christ of Christmas 2: Is Christmas About Family?