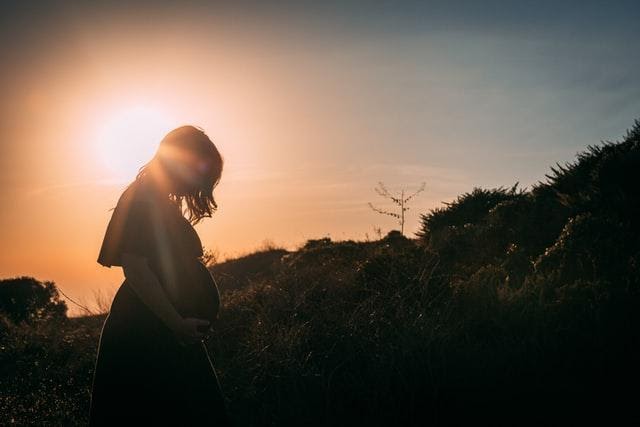 Day 4: The Christ of Christmas

“Do not be afraid, Mary, for you have found favor with God. And behold, you will conceive in your womb and bear a son, and you shall call His name Jesus. He will be great and will be called the Son of the Most High” (Luke 1:30-32, ESV).

It’s one thing to realize that Christmas is about the birth of Jesus, but it’s even better to know how it happened. The story is told in two books of the Bible, and each one provides distinct details about it.

In the account written by Luke, we read a special part of the story where an angel came to Mary, Jesus’ mother, to tell her God’s plan for what was going to happen. You can read the details in the first chapter of Luke’s writing, but here’s a summary of what happened:

God sent an angel named Gabriel to Mary to tell her she was going to give birth to a son. Mary was a virgin, but she was engaged to marry a man named Joseph. This is important because when Joseph found out Mary was pregnant, he almost separated from her so she wouldn’t be publicly disgraced, as he knew he was not the father of the baby. However, God also sent an angel to Joseph to explain everything He had done.

When the angel came to Mary, he said, “Greetings, favored one! The Lord is with you” (Luke 1:28, NASB). Luke writes that Mary was perplexed at this statement and kept wondering about it. But then the angel told Mary what was going to happen:

“Do not be afraid, Mary, for you have found favor with God. And behold, you will conceive in your womb and bear a son, and you shall call His name Jesus. He will be great and will be called the Son of the Most High” (Luke 1:30-32, ESV).

Can you imagine hearing those words? It’s almost impossible for us to grasp what it really would have been like for Mary. Just think of all the emotions you’d be experiencing or the questions you’d have, not only finding out you were going to have a baby, but that He was going to be the Son of God. But Mary did have one important question: “How can this be, since I am a virgin?”

Clearly, these were miraculous circumstances. The angel explained that God was going to cause Mary to conceive miraculously—by the power of God: “The Holy Spirit will come upon you, and the power of the Most High will overshadow you; and for that reason the holy Child shall be called the Son of God” (Luke 1:35, NASB). Mary wasn’t going to be pregnant by natural means, but by Divine means. For that reason, as Luke said, Jesus would be called the Son of God—and that is who He is!

After hearing these things, Mary simply called herself a servant of God and believed that everything was going to happen as the angel said. What a remarkable perspective! We don’t read about any negative reaction on Mary’s part, but instead one filled with reverence and worship to God. There is no doubt God purposely chose this woman to bring His Son into the world.

So yes, these are incredible events, but what does all of this mean for us?

The angel’s visit to Mary teaches us a little about the character of God and our relationship with Him. First, as we’ve already noted, God made sure Mary and Joseph both fully understood what was going to take place, and that they weren’t afraid. This is such a practical reminder that God cares very much about us and every detail of our lives.

We’re also reminded about the importance of God’s word. It was through God’s word (spoken by the angel) that Mary understood who she was and, more importantly, who Jesus was going to be. First, God called Mary “favored,” and that was because she was chosen to give birth to Jesus. Then God told her who Jesus would be: One who was great and the Son of the Most High. And she believed this. She trusted that every word was true.

We can come to know Jesus this same way. When we hear God’s words in the Bible and fully believe them, we can be sure of who we are and who Jesus is. We are sinners, but He is the very One who came into this world to die in our place. In believing that, just as Mary believed God’s words, we can have full confidence that we are also favored and loved by God. Let’s use this Christmas season to thank God for His true and dependable words that fill us with unwavering hope.

The Christ of Christmas 7: Gifts for a King