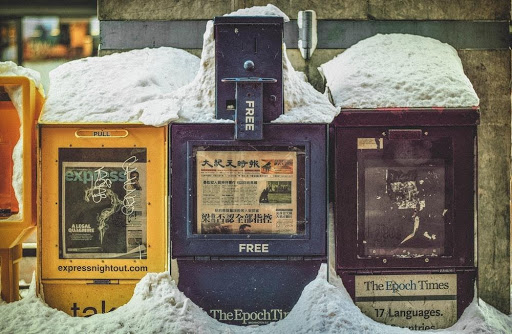 The Impact of Jesus on Seven Men Day 2: John

“The revelation of Jesus Christ, which God gave him to show to his servants the things that must soon take place. He made it known by sending his angel to his servant John, who bore witness to the word of God and to the testimony of Jesus Christ, even to all that he saw. Blessed is the one who reads aloud the words of this prophecy, and blessed are those who hear, and who keep what is written in it, for the time is near.” (Revelation 1:1-3, ESV)

Does anyone else love breaking news? No, I am not referring to the ticker scrolling across cable news networks reading, “BREAKING NEWS: President ______ takes sip of Coke, thus effectively declaring war on Pepsi,” or whatever contrived headlines they are coming up with these days. I’m talking about the times in life when you have a piece of information that you absolutely cannot wait to share with your friends and/or family.

I still remember how it felt to get the news that my wife was pregnant. I was sitting in the boardroom at work, in the middle of a meeting, when my phone buzzed, and I looked down and saw a picture of a pregnancy test. Safe to say, I remember almost nothing from that meeting other than that news! Once the test came back positive, we couldn’t wait to tell our parents and pretty much everyone else in the world. Why? We had good news and wanted to share the joy with those we love! I am sure you can think of many times in your life when you were in a similar situation.

Part of me wonders if that’s how John felt as he wrote the book of Revelation. John was referred to as the disciple “whom Jesus loved” in John 13:23. He was the one to whom Jesus committed the care of His own mother in John 19:26-27. He had enjoyed a special relationship with the Son of God, and yet at this point in his life, he was exiled on the island of Patmos. It was during this exile, near the end of his life, that John was chosen to write the final work that would complete the canon of Scripture. “Write therefore the things that you have seen, those that are and those that are to take place after this” (Revelation 1:19). John was about to get a sneak peek at God’s eternal plan.

It’s important to note exactly what John is revealing as he pens the words of Revelation. Yes, it is a collection of future events, but most importantly, it is “the revelation of Jesus Christ.” The word “revelation” here can be translated “unveiling,” which is the genesis of our English word “apocalypse.” Daniel was told to “seal the book” in Daniel 12:4, after he had finished writing the prophecy contained in the book of Daniel. Here in Revelation, John is told, “Do not seal up the words of the prophecy of this book, for the time is near” (22:10).

As previously noted, John enjoyed a special relationship with the Lord Jesus during His time here on earth. He was then divinely chosen to reveal Jesus during his exile on the island of Patmos. These words would no doubt have been a great encouragement to a faithful saint suffering for the sake of Christ.

We may not be tapped on the shoulder to pen God’s divine revelation of His Son, but we are called to reveal Him to a lost world in our daily lives. Paul, in speaking of his conversion in Acts 22:15, says what Ananias told him on that day, “You will be a witness for him to everyone of what you have seen and heard.” It should likewise be our goal to share this glorious message of the gospel with those we interact with. Even if the message isn’t preached, per se, our lives should be lived in such a way that His character is on display.

“I have been crucified with Christ. It is no longer I who live, but Christ who lives in me. And the life I now live in the flesh I live by faith in the Son of God, who loved me and gave himself for me” (Galatians 2:20). In our own circles of influence, we can be a revelation of Jesus Christ to those who have no relationship with Him. Let us continue to seek out opportunities to speak to others about Jesus and to live in a way that honors Him, bringing a message of the hope and love, found only in Him, to a world desperately seeking good news.