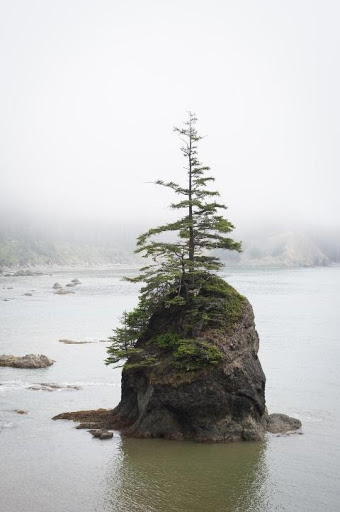 The Impact of Jesus on Seven Men Day 3: Peter

Have you ever been in a situation where a guarantee was made only for reality to fall far short? I remember one time we were vacationing in Mexico, and we were relaxing on the beach. A group of guys came over with a brochure about a glass-bottom boat excursion, and we started to look it over. It had a picture of a nice boat, crystal-clear water, colorful fish, and happy people. After looking through the pamphlet, we figured we would give it a shot.

Well, it wasn’t so much a boat as it was a dinghy, and the “glass bottom” was about as clear as a soda bottle dug up after 40 years underground. The waves were pretty rough in the area and there were not nearly as many fish as we saw in the brochure. Even as we made it back to shore to drop off one of the other passengers, the waves were far too rough, and he was thrown from the bow of the ship and crashed down onto the sand with his expensive camera. Needless to say, expectations were a far cry from the reality of that excursion.

Peter famously guaranteed that he would be willing to go to prison and die for the Lord (Luke 22:33). Of course, Jesus responded by saying, “I tell you, Peter, the rooster will not crow this day, until you deny three times that you know me” (v.34). Sure enough, after Jesus was taken away by the band of soldiers, Peter denied knowing the Lord Jesus three times. Peter’s expectations were a far cry from what became his reality.

Peter had somewhat of a reputation for being brash. He asked the Lord Jesus to call him to step out on the water, even though he would begin to doubt and sink (Matthew 14:22-33). He was the one who refused to let the Lord Jesus wash his feet, and after he was rebuked by the Lord, asked if he could have his head and hands washed, too (John 13:6-9). After the Lord Jesus told His disciples that He was going to be killed and raised again on the third day, Peter took Him aside to rebuke Him because he did not believe this would happen (Matthew 16:21-22). He even took out a sword and cut off the ear of the servant of the high priest after Judas betrayed the Lord Jesus (John 18:10). Peter was bold.

However, even after all those missteps, Peter was not cast aside by the Lord. His boldness would be used in the furtherance of the gospel and in the formation of the Lord’s Church. Once known as Simon, he was called “Peter” by the Lord Jesus in John 1:42. The root word in Greek, Petros, means “rock.” In Matthew 16:18, the Lord Jesus said, “On this rock I will build my church.” The word for “rock” here is petra, which is indicative of a rock and not the name of a person. We know, after all, that the Lord Jesus is the foundation on which the Church is built (Matthew 21:42), but Peter would be used mightily to further the purposes of the Lord. He preached at the Day of Pentecost (Acts 2), brought the Holy Spirit to the Samaritans (Acts 8), and opened the door for the gospel to be preached to the Gentiles also (Acts 10).

Even if you have made mistakes, you can still be used by God. Paul wrote to Timothy, “If we are faithless, he remains faithful” (2 Timothy 2:13). This is true for us as well. It is not an excuse to live life as we please just because we are covered by grace (Romans 6:1), but should instead be an encouragement to continue to serve Him with more faith and zeal than before. I am thankful for the steadfastness of God. He sought after me for 12 years until I was saved, and I am thankful that every day is a new opportunity to live a life that’s well pleasing to the Lord. A life of faithful service starts one day at a time. Even if you feel far from the Lord (we all do at times), it is not too late. May we each follow the example of Peter; even through trials and doubts that may come, let us continue to serve the Lord.

Tools to Thrive as a Man of God 6: Diving Deeper

The Impact of Jesus on Seven Men 2: John

Boys to Men 3 – The Challenge of Purity