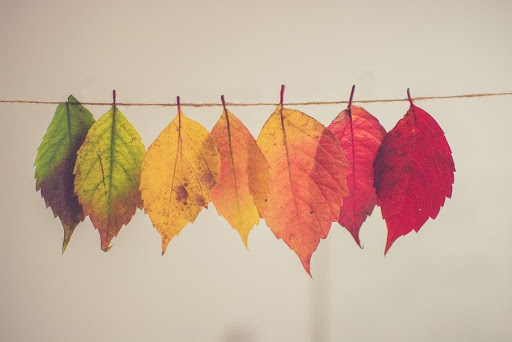 The Impact of Jesus on Seven Men Day 4: James

“So his brothers said to him, ‘Leave here and go to Judea, that your disciples also may see the works you are doing. For no one works in secret if he seeks to be known openly. If you do these things, show yourself to the world.’ For not even his brothers believed in him.” (John 7:3-5, ESV)

“James, a servant of God and of the Lord Jesus Christ, To the twelve tribes in the Dispersion: Greetings.” (James 1:1, ESV)

It’s difficult to overestimate how important your reputation is. “It takes about twenty years to build a reputation and five minutes to ruin it. If you think about that, you’ll do this differently.” This quote is often attributed to one of the greatest investors in history, Warren Buffett. At 90 years of age, Warren Buffett certainly knows a thing or two about having a good reputation.

He doesn’t believe in get-rich-quick schemes or taking on too much risk. Instead, he prefers slowly building money over time through something he calls “value investing.” Essentially, you find a company that you believe to be undervalued and invest in it. Warren Buffett has taken this strategy and worked his way from selling Coca-Cola door to door as a child to being worth over $90 billion today. He is one of the most well-respected business minds in the world, having been consulted by everyone from CEOs of failing businesses to the President of the United States.

James, the half-brother of Jesus, certainly felt the impact of a good reputation. In John 7, we can see that James, even though he saw the Lord Jesus grow up from a young boy, still did not believe in Him. Peter would write of the Lord Jesus, “He committed no sin, neither was deceit found in his mouth” (1 Peter 2:22). James no doubt witnessed the perfect character of Jesus from a young age. Perhaps he was in denial out of jealousy; after all, I think we can all admit that we don’t particularly enjoy it when our siblings make us look bad in front of our parents (or maybe that’s just me).

James and his brothers’ unbelief manifested itself in John 7. The Lord Jesus had already been tempted by Satan in the wilderness to become a king by bowing down to him (Matthew 4), and after feeding the 5,000, Jesus escaped because He perceived that they were going to make Him king (John 6:15). Now, James and Jesus’ other brothers wanted Him to prove to others (and probably themselves!) that He was the Christ by showing Himself to the world.

The mission of the Lord Jesus on earth was not to draw attention to Himself; His purpose was to follow the will of the Father and to please Him (John 5:30). This commitment would continue even up until His eventual betrayal and death (Luke 22:42). James would have seen the way the Lord behaved, being willing even to humble Himself to the point of death. This would ultimately culminate in the Lord’s appearing to James after His death and resurrection.

“Then he appeared to James, then to all the apostles” (1 Corinthians 15:7). Even though His half-brother was a non-believer (John 7:5), the Lord Jesus was not finished with him. His post-resurrection appearance specifically to James would seem to be the catalyst for his ultimate conversion. How can we assume this? “All these with one accord were devoting themselves to prayer, together with the women and Mary the mother of Jesus, and his brothers” (Acts 1:14). After the ascension of the Lord Jesus back to Heaven, we find James and His other brothers praying with the disciples. He ultimately became an apostle (Galatians 1:18-19), a leader in the early Church age (Acts 15:13-21), and a humble servant of the Lord (James 1:1).

Never underestimate the power of a good testimony. A good testimony is something that will not be earned quickly but rather over many years of faithful service to the Lord. Unfortunately, a testimony can be ruined as a result of one mistake. I know this is an area I wish I had taken seriously in my earlier years, especially throughout middle school and high school; perhaps you feel the same. Although there is no going back and altering the past, we can take comfort in knowing that each day is a new opportunity to faithfully serve Him and lead others to Christ. May we continue to build a godly reputation in order that a lost world would see Him and the eternal hope there is in His blessed salvation.

Tools to Thrive as a Man of God 6: Diving Deeper

A Resurrected Marriage Story 7: Us