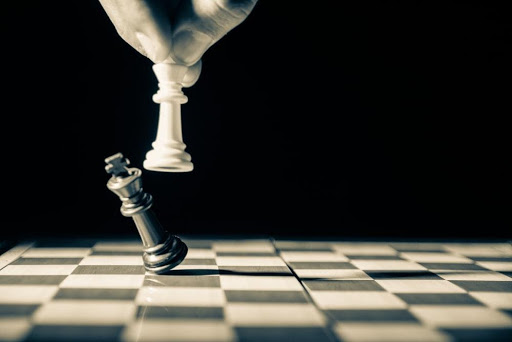 The Impact of Jesus on Seven Men Day 7: Judas

Have you ever had someone ask what you would want for your last meal on earth? I would love for it to be New York strip steak, Bojangles fries, my mom’s macaroni & cheese, chorizo tacos, a mango, Mountain Dew, vanilla cake with vanilla ice cream, all to be eaten in the presence of my family and friends. What about you? Are you conjuring up images of your favorite foods and confectionary treats?

Who would you invite to your final meal? Probably your family, close friends, and pretty much anyone else who’s had a positive impact on your life, right? How about the girl who bullied you in middle school or the guy who cut you off in traffic? Any chance you’d invite your coworker who threw you under the bus in a meeting with your manager or the neighbor whose car is always parked in front of your yard? Of course not! We as human beings are naturally drawn to people with similar interests and desires and tend to stay away from those who bug, annoy, or pester us.

When we break into this story in Matthew 26, Jesus invites to dinner the man who would soon betray Him unto death. Judas Iscariot was chosen by the Lord Jesus to be a disciple, but it was no secret that one day he would betray the Son of God. “Jesus answered them [the disciples], ‘Did I not choose you, the Twelve? And yet one of you is a devil’” (John 6:70). Even though Jesus was aware that “a devil” was among His chosen disciples, it is apparent that Judas was not shunned or treated differently than the others.

In this chapter that includes what is known to many as The Last Supper, we can see the result of how Judas was treated by the Lord. When He told His disciples (v.21), “Truly, I say to you, one of you will betray me,” the group didn’t all make a collective sigh and look at Judas Iscariot. The Lord did not give an eye roll as if everyone already knew Judas would be the one to betray Him. The disciples’ response to the accusation tells us that Judas was not the immediate suspect. “And they were very sorrowful and began to say to him one after another, ‘Is it I, Lord?’” (v.22). This would indicate that each of the disciples was worried that he was the one who was going to betray Jesus! There was no bad-mouthing Judas behind his back or giving him the cold shoulder; Jesus treated him like He would treat a friend.

In Matthew’s account of The Last Supper, the Lord answered the disciples’ question in (v.23), saying, “He who has dipped his hand in the dish with me will betray me.” In that day, it was a custom for the host to offer a guest a piece of dipped bread as a gesture of special friendship during the meal. The Lord Jesus chose to do this with the man who had already agreed to betray Him as soon as he got the opportunity. Even as Judas approached the Lord Jesus in the Garden of Gethsemane, accompanied by a band of soldiers, Jesus said to him, “Friend, do what you came to do” (v.50).

I’m not sure about you, but I don’t think I’d refer to someone who sold me to the men who would ultimately put me to death as “friend.” However, that’s the difference between the heart of a sinful man and the character of the spotless Lamb of God. Jesus wasn’t interested in forming cliques within the group of disciples; He treated each of them as His friend. He did not ignore them, put them aside, chastise them, or anything like that, but rather fulfilled His own command to His disciples in Luke 6:28, “Bless those who curse you, pray for those who abuse you.” He commanded them—and ultimately, us!—to bless those who would curse you.

I can confidently say that I have failed miserably in this area. It’s not that I am hostile toward those with whom I have disagreements, but I certainly haven’t displayed the character of Christ in treating them the same way I would treat a friend. As I looked through this study, it was a challenge to my own heart to be more Christlike in this way. Especially in a world filled with vitriol and bitterness, may we seek to treat all with the kindness and care we would normally reserve for our own friends.

The Impact of Jesus on Seven Men 5: Zacchaeus

Boys to Men 6 – The Challenge of Being a Provider

Adoption – A Father’s Perspective 3 – The Match