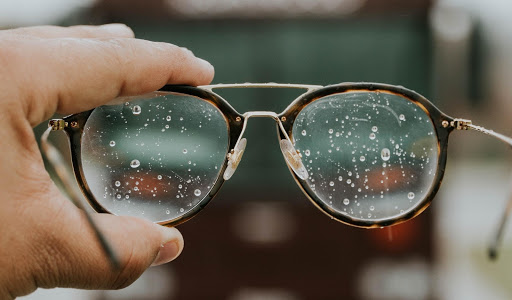 Remind them…to speak evil of no one, to avoid quarreling, to be gentle, and to show perfect courtesy toward all people. (Titus 3:1-2, ESV)

Awareness—being sensitive to the needs and struggles of those around you—is such an important quality, and I think it ties in closely with emotional intelligence. Emotional intelligence toward others isn’t the easiest characteristic to find in people. Our world tells us to concern ourselves with our own needs and wants first, but we should desire to have our senses heightened to those around us instead. Sometimes it can be a struggle to put others before yourself, and we’ve all likely wrestled with this at times.

Awareness is focusing on those around us, but a great deal of introspection is also required. We must ask ourselves if we are living and interacting with others in such a way that points them to Christ. If our lives don’t reflect Christ, we’re not going to get too far with pointing others to Christ nor attending to their needs. We won’t have the ability to be aware and available for others if we aren’t in a right standing before the Lord. If that’s where you are currently, the Lord can restore you; He longs for you to seek Him in this way.

I love all the passages in the Bible where Jesus truly saw people that others would’ve overlooked or just passed by. I think of blind Bartimaeus in Mark 10, whose only choice was to be a beggar, as he had no way to produce income. People would’ve gotten used to his incessant pleas and would have walked right past him, but Jesus had a totally different reaction. Bartimaeus called out when he knew Jesus was passing by, though many around him tried to quiet him. Jesus heard and saw this man, and He stopped (Mark 10:46). He not only stopped but He healed him as well.

How often do we stop and really see the needs of those around us? To my shame, I can often get caught up in my own day and my own problems and not even bat an eye at what those around me are facing. I pass a handful of homeless people to and from my job in the city, and I sometimes get so used to seeing them there that I don’t give them a passing thought. I’m convicted when I think that these are human beings with souls! I’m not saying we must stop and interact with each of these people (although that would be nice), but even just praying for them and their personal needs rather than ignoring them is a step in the right direction.

It’s important to also be aware of the needs of those we interact with on a daily basis. Instead of just trading pleasantries, why don’t we truly ask how they’re doing and be willing to listen to what they may be going through? I’m thankful for those around me that check in on me and care about the response, but do I do the same for them? In whatever church we’re in, let’s check in with our brothers and sisters in Christ. I’m guilty of the tendency to check in with the same people, but we are to “show perfect courtesy toward all people” (Titus 3:2). I pray that we will be more like Christ and notice those around us for the wonderful humans they are. It’s such a beautiful thing when people truly pay attention to the needs of those around them—it’s a picture of Christ to this broken world.

Tags: What Do You Want To Be

What Do You Want To Be? 1: Be an Encourager